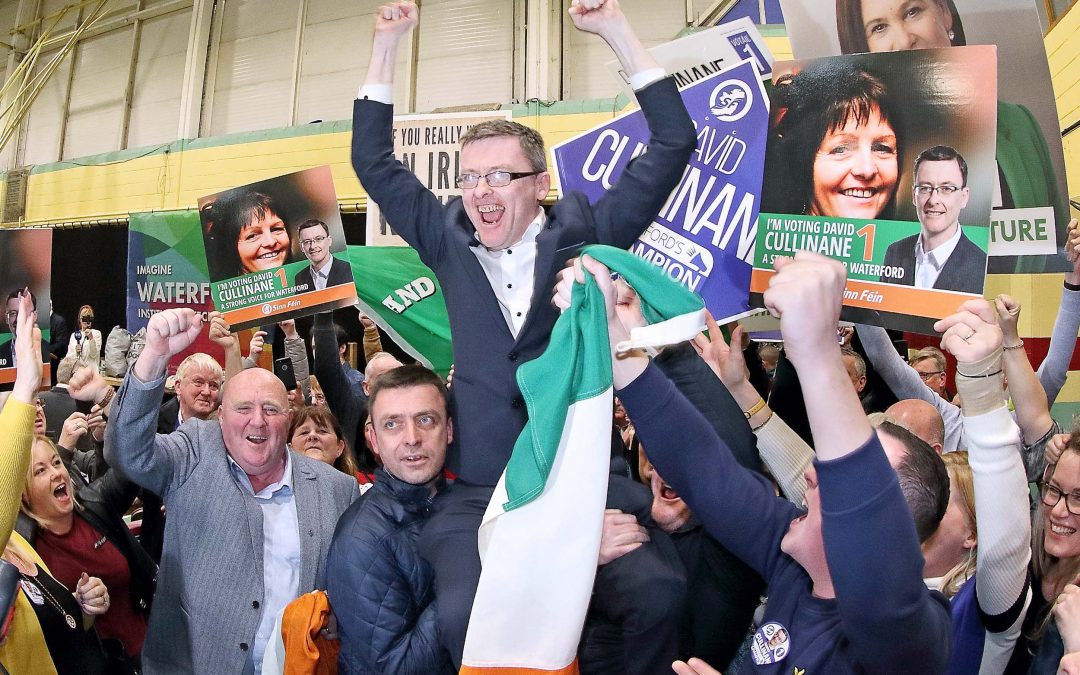 As Storm Ciara battered the country at the weekend, winds of political change were also sweeping through the land. The results of Saturday’s general election made history in constituencies across Ireland, including in Waterford. The Déise’s four Dáil seats have now been filled and have seen the re-election of two TDs and the election of two Councillors.
Sinn Féin’s David Cullinane swept up votes throughout the constituency – receiving the most votes in the history of Waterford’s elections. 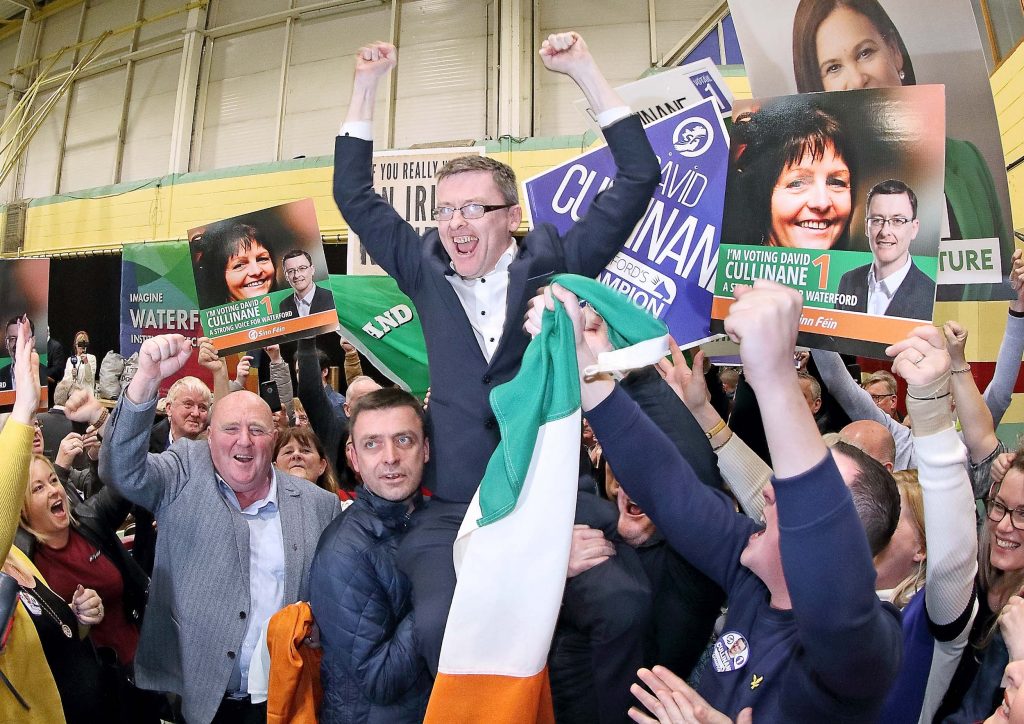 Sinn Féin’s David Cullinane celebrating with his family and supporters after the announcement of the first count which deemed him elected. Photos: Noel Browne.

Early tallies on Sunday morning at Waterford Institute of Technology (WIT) suggested a landslide result for Cullinane who was first elected to the Dáil in 2016 when he became Waterford’s first Sinn Féin TD in more than 90 years.On Sunday, he was elected on the first count with 20,569 first preference votes (38.3 per cent) – smashing the quota of 10,752.
Fianna Fáil’s Mary Butler remained in second place all day and was eventually elected at the seventh count.

Having secured 6,644 first preference votes, her vote had declined from a poll topping 10,603 votes in 2016. However, she secured enough surplus votes to take the second seat.
Independent Matt Shanahan and the Green Party’s Marc Ó Cathasaigh were also elected following the seventh and last count, securing the third and fourth seats respectively. Neither had reached the quota. Shanahan, who was co-opted onto Waterford City & County Council in January 2019, had received 4,990 first preference votes.
The health campaigner was a first-time general election candidate and had made the pursuit of 24/7 cardiac care at University Hospital Waterford (UHW) a central part of his election campaign.

A surge of left-leaning transfers following the elimination of Solidarity-People Before Profit’s Una Dunphy benefited the Green Party. Ó Cathasaigh, also a first-time general election candidate who was elected to Waterford City & County Council just last May, saw off a late challenge from Fine Gael’s John Cummins, who picked up a large internal transfer from his party colleague Damien Geoghegan.