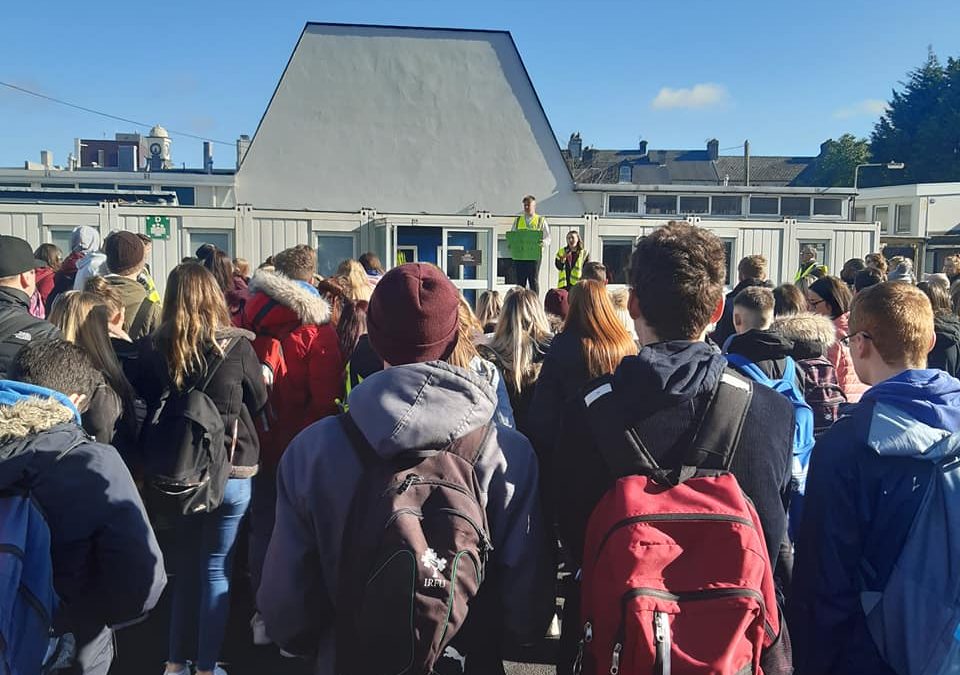 Eoghan Dalton Reports
The principal of Waterford College of Further Education has responded to recent criticisms of the school. In a statement, Noreen Reilly appealed to students who left their classrooms in protest against WCFE management last month.

The 400-strong walkout on Thursday, 27th February arose from what students claimed was a lack of communication between them and the college management.
A number of students didn’t receive their Susi grants earlier in the month, due to the college not contacting the grants awarding body in advance of payment date.

Ms Reilly told this newspaper that she “apologies unreservedly” for the delay.
“A system error occurred when a file was being uploaded, this was unnoticed at the time of uploading and resulted in a delay in the payment process for students which we unreservedly regret. 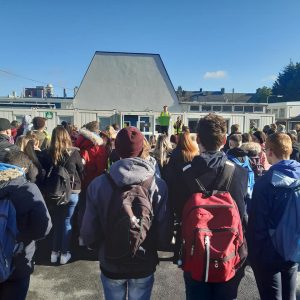 The protest at WCFE on Thursday February 27th.

“WCFE acknowledges the prompt support it received from Susi and appreciates the swift response by Susi which resulted in a payment to students affected on February 28th .
“Human error is unfortunately a feature for everyone and what one of us has not made a mistake?”

She added that the college “appreciates the orderly and courteous manner in which the protest was conducted” and would always respect the rights of its student body to protest.
While the protest’s organisers said the walkout was not targeted at any particular member of management, Ms Reilly was directly addressed by some students’ placards.
One read ‘Give us our canteen, Noreen’ while another said: “Come on Noreen, our bathrooms ain’t clean.”

Some admin staff were let go before Christmas this impacted on students who could not withdraw books. Victoria Hamma, a student council representative on WCFE board of management, who spoke to this newspaper following the protest, said students want the problems at the college resolved for next year’s students.

Included among these is cutbacks to library staff which limited access to books.
“There’s kind of no voice for the students – we’ve been disregarded and maybe the attitude is just not great, just a general slipping of standards,” she said.
“This year it’s one thing after another. There are issues constantly popping up and I suppose sometimes we feel we’re met with a not very helpful response.
“We love it here. The classes are great and the teachers are excellent. It’s just communication and attitude from senior management.”