WE'RE DOWN €400m WITHOUT A UNIVERSITY 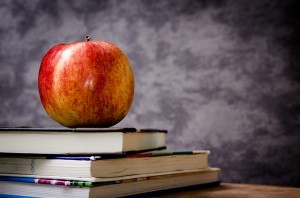 Waterford city is missing out on an annual spend of €400 million per year, which includes €70m of direct spending, given the ongoing absence of a University headquartered here. That’s the view of WIT Academic, Dr Ray Griffin, who said that a full upgrade to University status in Waterford would make WIT “as big as the University of Limerick”.
The latest South East Economic Monitor, which Dr Griffin co-authored with Accountancy and Economics colleagues, Dr Cormac O’Keeffe and Lecturer John Casey, states that two thirds of students from the region (coming to 13,506), leave it to pursue their third level education.
“It is estimated that the additional cost per annum of a student living away from home is €11,000, which suggests an annual transfer of €148m (after tax income lost) to other regions,” the report reads. “The region is missing 7,480 higher education places, which is an additional 220 over last year’s number.”
Dr Griffin, a Lecturer in Strategy at the Department of Management & Organisation, added that the social cost of Waterford’s being a University city “is incalculable but in 20 years (such a status) would close the economic gap between the South East and Dublin”. And the €70m figure was arrived at when this newspaper queried what 5,000 additional student places would mean for the region.
“We are a long way from the optimism of WIT’s 2005 university application and the 2008 Fine Gael promise for a proper university,” he added.
Dr Griffin spoke to this newspaper in advance of Education Minister Richard Bruton’s upbeat soundings about the Waterford/Carlow Technological University (TU) bid.