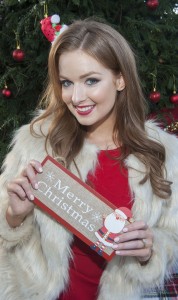 But steps must be taken to ensure returning custom
WINTERVAL has brought a welcome boost to Waterford’s retail sector throughout December, with festival organisers confident that this year’s visitor figures will exceed last year’s tally, approaching or exceeding the 600,000 mark.
However, calls have been made for greater engagement between festival organisers and local businesses.
Members of the Waterford Business Group (WBG) have called for an increased level of interaction, with Chairman Michael Garland suggesting that Winterval must “strive to reinvent itself”.
“My past work experience has taught me that all events will eventually reach a plateau,” he said.
“The secret to ensuring continued success is to recognise this at an early stage and make the necessary changes to keep things ‘fresh and new’. This in turn will allow an event to keep attracting repeat/return visitors and, perhaps more importantly, new visitors. After all, you would not keep going back to the same shop if it never changed or altered the stock offering.”
Mr Garland said 2016 has been another tough year for city centre businesses.
“Whilst Winterval does bring much needed extra visitors, the associated expected increase in spending has not really materialised. Increased footfall will always be welcomed, but we must be very careful how we quantify that and how we assess any reported benefit,” he said.
As we went to press, a Winterval spokesperson said that while the final statistics were not to hand when requested by this newspaper, the 2016 visitor tally “was definitely up on last year, taking the previous week by week figures into account”.
She added: “We’ve had fantastic feedback from retailers, restaurants, independent traders and hoteliers, all of whom said they were delighted with business levels in recent weeks.”
According to Michael Garland: “There can be no doubt that our winter festival is now a welcomed calendar fixture. A complimentary part of our city’s Christmas retail offering, if you like. We need to make sure that, going forward, any festival must strive to constantly reinvent itself, stay innovative and continue to be creative and original. With so much competition from other cities and towns, Waterford’s Christmas offering needs to stay as the market leader and set a benchmark for others to follow.”
Mr Garland said increased engagement with local businesses and the wider community would be welcome.
“Going forward into 2017 there surely has to be a greater level of engagement, early interaction and more of the old fashioned ‘wearing away the shoe leather’,” he said.
“These actions will help to bring people and businesses on board, at the planning stages and ensure our winter festival is truly a combined, community effort for the betterment of the city.”
Cllr Eddie Mulligan (FF) paid tribute to those involved in staging Winterval, but also suggested that interaction “needs to be stepped up”.
“I would like to thank the outgoing Chair and CEO, Barry and Sinead, for all their work and effort over the last number of years. They have helped steer a festival from humble beginnings to the Winterval that we all know and love so much today,” he said.
“Going forward, I will certainly continue to give support and help to any new committee formed, to take Winterval to new levels of excitement and entertainment. As I said, from the very start, the Winterval event has the potential to be the best Christmas Festival in Western Europe. I know that as a Council, we will continue giving financial assistance and benefit in kind, to the festival, to encourage future growth in visitor numbers for 2017 and beyond.”
He added: “The trick will be ensuring that any future committee deliver a festival within the budgetary constraints, of the council and with the greater support of our many city centre rate paying businesses. To do this, I do feel that the level of interaction needs to be stepped up and this, I am sure, will be highlighted in any 2016 event post-mortem.”
Meanwhile, Waterford Chamber Chief Executive Nick Donnelly said Winterval has now developed “national recognition”.
“From speaking to those in the hospitality sector, they are seeing evidence of many visitors coming from outside Waterford,” he said.
He noted that car registration plates from “all parts of Ireland” have been seen on a regular basis in Waterford this December and attributed this to the appeal of Winterval.
He said sentiment has been very positive around Waterford and that Winterval has contributed to greater vibrancy in the city.
Mr Donnelly also said the retail sector had performed very well, but is continuing to face the challenges posed by online retail.
He also warned that Waterford is still competing against other urban areas.
Mr Donnelly highlighted the importance of engagement between Winterval organisers and local businesses.
“Just because the same thing has worked every year doesn’t mean we do not need to refresh our offering. We should always try to find a fresh approach. Everything should be looked at,” he said.
Mr Donnelly said the city’s lighting, which has attracted criticism in some quarters, would also be looked at as part of an overall review of Christmas 2016.
He pointed out that areas such as Gladstone Street and O’Connell Street, which previously didn’t have lighting, featured festive lighting this year.