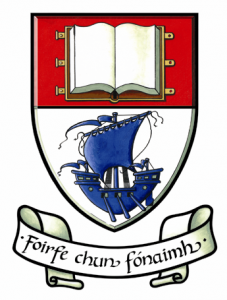 Earlier this year, WIT was identified as one of several third-level institutions across the country that had been left in a financially vulnerable position following years of cuts in State funding coupled with rising student numbers.
WIT President Willie Donnelly admits that addressing this deficit will be a “challenge that can’t be overcome overnight” but he’s confident of developing a business plan over a three-year period to address the deficit and wiping it out completely over six years.
“We’re in the unhappy position of being one of four institutes in difficulty and what’s important is to regain our financial autonomy to develop the Institute,” he said.
“The deficit is because we suffered a 25 per cent cut in our budget since 2007. We are operating today at €12 million less than we were in 2007. There are very industries that could survive that, yet we’re delivering a high quality product.
“One of the things I’ve been trying to do at national level is to communicate how the Institute has responded to the needs of the region and is a leading performer, despite the cuts. We’re performing at the postgraduate, phD and research level of the smaller universities. While 25 per cent of a university’s income from the Higher Education Authority goes to research, we get zero yet we brought in €17 million in research funding last year.”
Prof Donnelly continued: “Part of addressing the deficit will be taking a more integrated approach to our students and industry and maximising our resources, which are our people. So we need to re-evaluate the courses that we have, decide if they’re relevant and meeting the needs of the students and industry.
“I’m not talking about reducing course provision but we need to see where there are opportunities to respond to changes in industry, identify new courses and maybe combine courses where the total number of students is lower.”
Admitting that retention remains a “big issue”, Prof Donnelly stated: “The average non-retention after the first year is 23 per cent nationally. That’s way too high, we’re going to a huge effort to get students in and then they’re gone within the year. What’s important to me is the social and personal aspect of this, the problems that the student is coming up against and how we can look at this. That is a personal commitment from me, to address this issue.
“One of the main reasons for dropping out is they do the wrong course so one of the things I want to do is work with the feeder schools on a transition year programme that will give them a better understanding of what the courses are about.
“We also need to look at customised programmes at an industry level. We have a very positive relationship with industry already. If you look at our research in biopharma, in ICT, in advanced manufacturing, we have great connections. We have the highest success rate of finding employment for graduates and that’s because of those links.”
Prof Donnelly concluded: “With the growth in the economy, I’m being told that industry is facing a huge challenge to find suitably qualified graduates. So we need to be strategic about this. We have a number of working groups at the moment and it’s a combination of these that will allow us to look at the overall picture and increase the activity level across the Institute.”
**************************
WIT ‘comfortable’ with merger talks
Michelle Clancy
WIT’s Governing Body recently agreed to re-enter talks with Carlow IT in the process to establish a Technological University of the South East. This followed the appointment of a facilitator last September after initial merger talks broke down.
The collapse of the initial talks was of no great surprise, said WIT President Willie Donnelly.
“Waterford and the region had been fighting for a university for 20 years,” he said.
“Suddenly the Government came out with this whole new model of a TU but gave little guidance of what this would look like, how it would be structured, how it would operate. So that first experience was always going to be negative. I’ve put that first engagement down as a learning curve. We’re now going into the process from a mature perspective, nobody is making demands, setting down pre-conditions.”
Prof Donnelly says he’s glad the two institutes are ‘back talking’ but is adamant that neither WIT nor Carlow will settle for a ‘second rate’ university.
“We’ve put together a road map of the type of activities that need to be carried out, to investigate whether we can deliver the type of university the region needs. It’s about creating a new entity, not one organisation dominating another. If people see the goal is a new university that will help the region to move forwards, they will be committed.
“Neither institute is going to enter into something just to have the name over the door. I’m very comfortable engaging with Carlow. We’re very focused on a university and if we are collectively unable to deliver it we will be mature enough to say so. However if it can be achieved – and I believe it can – then the onus is to deliver.
“There’s a lot of work to be done and I’d be loathe to put a timeframe on it. It’s certainly not going to happen in three years, as (former Higher Education Authority Chair) Michael Kelly said (in his State-commissioned report last year, which estimated that university designation would be possible within three years).
“Relationships need to be built and if the people on the ground are not committed it won’t work so I’m very focused on bringing them along before anything else happens.”