ON Thursday next, Gerry Keenan will make the sad walk to the William Street Bridge in Waterford city and ask himself, as he’s done every January 3rd for the previous 24 years: “What happened to Imelda?”This is an anniversary which the Keenan family must dread: marking the day their then 22-year-old sister was last seen.
No visual testimony of her whereabouts thereafter has ever materialised. There is no recorded evidence of Imelda ever making a financial transaction at a bank or post office beyond that date.No-one has ever come forward with information that could lead to the closing of this missing person’s case.Imelda Keenan, last seen wearing a leopard skin trouser and a denim jacket,left her William Street home on January 3rd, 1994, and hasn’t been seen since. 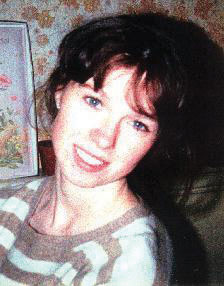 Imelda Keenan was last seen on January 3rd, 1994. Next Thursday marks the 25th anniversary of her disappearance.

It’s a permanent wound in Gerry Keenan’s soul, a daily agony which another city resident, Frankie O’Neill,
has had to live with for over 70 years in relation to his missing brother, Jimmy. In
fact, Jimmy O’Neill’s disappearance remains this country’s longest unsolved missing person’s case. I’ve met both men on multiple occasions, both wearing shoes I’d never wish to fill.But they still continue to
hope for an outcome that will give themselves rest,and so too the members of their respective families gone before them.
“There’s been a lot more interest in Imelda this year,mainly because it’s been 25years, let’s be straight about
it,” said Gerry Keenan.“In the last few weeks, I’m after speaking to different reporters for the papers, I’ve been on WLR and back home on Midlands 103 (the Keenan homestead is in Mountmellick,County Laois) and I’ve not minded any of that at all.Sure you just have to keep the message out there and hope that someone, somewhere,will come forward with a new bit of information and allow us to give Imelda a proper burial
Imelda Keenan was last seen on January 3rd, 1994. Next Thursday marks the 25th anniversary of her disappearance.proper burial. But until such time as someone does come forward, then that grey cloud is going to stay hanging overall of us. Imelda deserves more than a plaque down below on the bridge. And for me it’s no longer about asking for help about what happened to Imelda: I’m begging for help now. All of her family is begging for help now.”
Among those Gerry Keenan has sought help from is Justice Minister and former schoolmate, Charlie
Flanagan, whom, along with Garda Commissioner Drew Harris, spoke with Gerry at the National Missing Person’sDay commemoration on December 5th.“The one thing I asked the two of them that day was, to be straight about it,a request: that the Gardaí should be given more power to investigate people who are involved in serious crime,be it a murder, be it burglaryor involved in a missing person’s case: rather than bringing them in to make a statement and just sticking that into a file and sticking it into a cabinet, I’d like the Gardaí to have the power to go a little bit deeper, to keep an eye on those people who are brought in to make statements and if they have to bring these people in as often as they can, to keep asking them questions, then they should have the powerto do just that. And who knows, if they could take that approach, maybe someone brought in for questioning like that would bite.”
Gerry told me: “Look, it’s like this: someone out there,and maybe they’re living here in Waterford this whole time, I don’t know for sure no-one else can tell me one way or the other either,knows something about
Imelda that none of the rest of us does. A person doesn’t just disappear completely,even though I know we’re talking about 25 years ago,when technology is nothing like it is nowadays. And there is no way in this world that there isn’t at least one person, today, 25 years after Imelda disappeared, who knows at least something about what happened on the third of January, 1994.Now how you could get on with your life after that, and not spare a thought for the mother and two brothers of Imelda’s who went to their graves not knowing what happened to her, just escapes me. How cruel and heartless a person would you be to
not want to end the suffering we’ve had to live with for the past 25 years?
Deep down, I think there might be as many as three people in Waterford right now who’ve been holding back vital information about Imelda all this time. We’ve never publicly mentioned names, you can’t do anything like that unless there’s something that the Guards could go on, but I have my own suspicions,and I’ve had them for pretty much the entire time that Imelda has been missing.We don’t know who was responsible for Imelda going missing, and of course we still don’t know with 100 percent certainty that Imelda is dead, but we’ve got absolutely nothing to go on in terms of evidence. I’ve been waiting long enough to find out something about Imelda,25 years but I’ll keep hoping that some new information will come forward.”When asked what this appalling wait has done to him, Gerry replied: “It’s wrecked my head. And if I didn’t think there was a bit of light at the end of the tunnel, I think I’d be gone under myself. In spite of everything,I’ve always thought
positively. I’ve always hoped we can get to the bottom of this, to bring home Imelda’s remains and bury her with her parents. I’m down at that bridge on William Street nearly every day, saying a prayer for Imelda, and I’ll keep praying.