Home » Local News » A hint of home in Trafalgar Square

A hint of home in Trafalgar Square 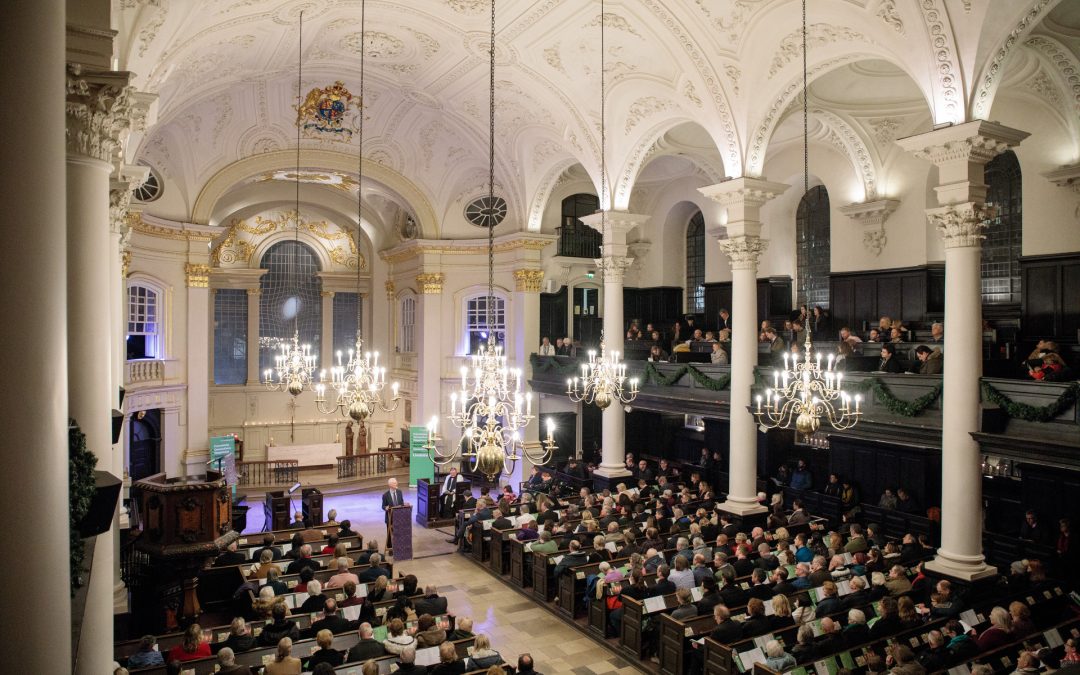 A few weeks ago, I was fortunate enough to be sat in the Church of St Martin-in-the-Fields in London’s Trafalgar Square for a glorious ‘Concert By Candlelight’.The performance was headlined by violinist Ciaran McCabe (a guest leader of the RTE Concert Orchestra and member of the London Chamber Orchestra) and the Brandenburg Sinfonia, playing works by Vivaldi, Mozart, English composer Henry Purcell and Johann Pachelbel.
The £29 spent on that concert ticket was the best investment I made during my latest trip to a city that has enthralled me since I first visited it as a 10-year-old, flying in and out of Waterford Airport at the time. Boy, those really were the days; the excitement at seeing my native county’s coastline from the air for the first time has never escaped my memory.
Fast forward 30 years, to the north east corner of Trafalgar Square, where I was swept away by both the Sinfonia’s sound and the serene setting, which, to this layman’s eye, appeared to have influenced the two cathedrals John Roberts (1712-1796) designed in Waterford.
St-Martin-in-the-Fields was designed by James Gibbs (1682-1754), the construction of which was completed in 1726. Upon returning home, I was intrigued to learn that the young Roberts had spent time in London “to improve himself in the knowledge of his profession”.
But, as William Fraher noted in his impressive 1983 study of Roberts, “nothing is known of his stay in London or to whom he was apprenticed”.Yet to my revelatory delight, William Fraher’s treatise makes several references to Gibbs, and also features the plan, model and a drawing of the interior of St Martin-in-the-Fields.He writes: “It is interesting that Roberts also draws heavily on Gibbs in his design of the Protestant Cathedral. Brien de Breffny feels that Roberts may have worked with Davis Ducart, there is a connection with Ducart as Patrick Osborne a stuccodore…decorated Castletown Cox (near Owning in) Co Kilkenny and the Mayoralty House Cork, both buildings designed by Ducart. Contact with Ducart may account for Roberts’ accomplished and exuberant designs at Curraghmore.”
When writing of Roberts’ work at Christchurch, Fraher states: “The new church was built with much of the stone from the ancient cathedral. The walls are of uncoursed random rubble rendered and are about 44 inches thick, limestone is used for dressings, steeple portics etc. The plan is very elongated and follows closely the length and width of the old cathedral. It is evident that Roberts’ design for the exterior and the plan owe much to Gibbs’ London church St Martins.”
While Christchurch’s exterior is reminiscent of St Martin-in-the-Fields, the influence of the London church’s interior design is strikingly evident in the Cathedral of the Most Holy Trinity, Ireland’s oldest Catholic Cathedral.Both buildings house Corinthian columns with gilded capitals, in addition to upper level side balconies and the similarity with Roberts’ great works in Waterford struck me that splendid evening as much as Ciaran McCabe’s command of the violin. 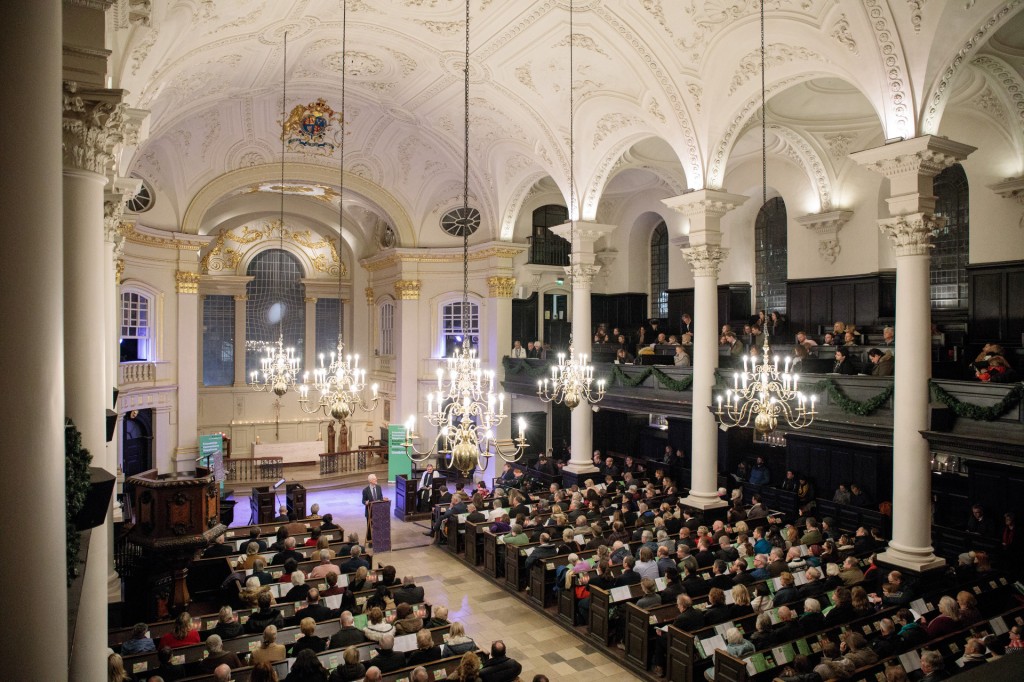 The Church of St Martin-in-the-Fields in London's Trafalgar Square almost certainly influenced John Roberts when designing both of Waterford's cathedrals.

Fraher notes that Christchurch also originally featured balconies, which were removed (along with the underneath windows) during Sir Thomas Drew’s alteration works between 1890 and 1891, which the author described as “inappropriate”.He adds: “The Catholic cathedral is very warm and Mediterranean, while the Protestant cathedral is cool and northern, Roberts designed both buildings to suit the two religions. He was over 80 when he designed it but was still mentally and physically active. He was used to getting up at six in the morning to superintend the workmen at the cathedral. One morning he mistakenly got up at three and found the building deserted, he sat down in it and fell asleep. As a result of this he got a chill which resulted in his death soon after at the age of 84.”
Of Roberts’ legacy to Ireland’s oldest city, William Fraher wrote: “It is fortunate that Roberts’ Waterford buildings survive relatively unscathed apart from the usual 19th century ‘improvements’. He has made a remarkable contribution to Waterford’s architectural heritage and the city can be proud of his buildings. However, Roberts’ work does have its faults which is, naturally, as a result of being provincially based and not being open to too many new trends and ideas. Roberts was first and foremost a Palladian, but he does use neo-classical elements in his later buildings.”
He adds: “His early work is greatly influenced by (James) Gibbs and he may indeed have possessed one of his pattern books. He would have also have had an opportunity to see Gibbs’ work in London when he was sent there as a young man.”Intriguingly, Fraher’s reference notes state: “In James Gibbs’ ‘Book of Architecture’ published London 1728, there is a list of subscribers among which is listed a ‘John Roberts Esq.’, Roberts would have been 17 years (of age) when it was published.”
The passage of time certainly makes concerns raised about the re-naming of Red Square at the turn of the century (headlined as a ‘coup’ in an Irish Times report from June 2000) look decidedly unfounded. John Roberts doesn’t require a statue of his own given the architectural legacy which still stands today, be it the Cathedrals, the Infirmary, Curraghmore House or the Chamber of Commerce building at the meeting of George’s, Gladstone and O’Connell Streets. After all, they are his monuments. And that I came to learn more about our most prominent architect thanks to that £29 concert ticket came as a most pleasant and welcome revelation.