A THESPIAN BY ACCIDENT 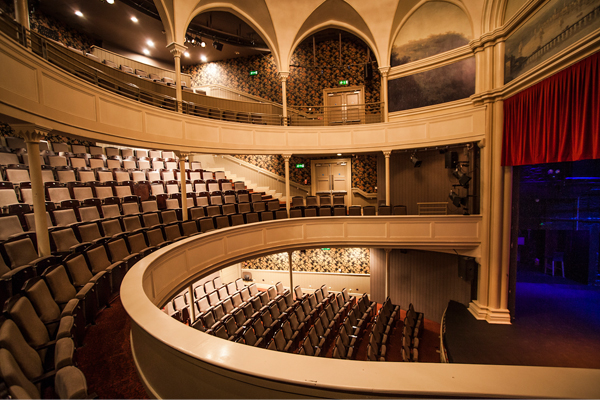 February 1996. I’m in Fifth Year in CBS Carrick-on-Suir, the second school founded by Edmund Rice. At the time, my world generally revolved around soccer, athletics, Gaelic football, the family dogs and my Granny Kit, whom I then lived with. There were also more than a few thoughts about girls, and, heaven forbid, even the prospect of kissing one, but I did my utmost not to dwell on things that didn’t happen all that regularly! Fintan Hanrahan, a lifelong schoolmate of mine who’d opted for Transition Year (the first year the school had provided for the additional term) told me about a musical that his class were going to be involved in with Scoil Mhuire, the girls’ school across the Pill Road.
A few of the TY lads had opted not to take part, leaving our side of the road struggling in terms of those who’d tread the boards in ‘Godspell’, a show in which the main roles were predominantly male. Fintan wondered if I might be interested in taking part; the fact that I was in Fifth Year didn’t prohibit my involvement. I’d never given the stage too much consideration prior to Fintan’s suggestion. Sure, I’d taken part in the Novelty Act (‘the Sketch’) as part of Portlaw Scór na nÓg, even reaching the 1994 Munster Final in front of an 1100-strong crowd at Killarney’s Gleneagle Hotel. 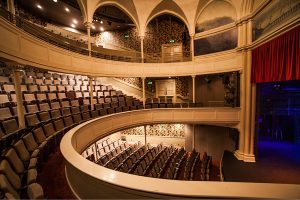 Playing the lead role in South Pacific at the Theatre Royal next week will be a great thrill.

And while I’d enjoyed the fun of being an off-stage elephant, an on-stage Garda and an irritable mother-in-law (gunned down on stage as part of the sketch) during different productions, rehearsing wasn’t a particularly huge time consumer – and it beat doing homework, naturally. But outside of my direct time invested in those sketches, I never gave a thought to being involved in our local pantomime (something I happily rectified in due course), let alone trying out with the then titled Carrick-on-Suir Amateur Operatic Society. Between sport, dogs and school, hadn’t I enough to be busying myself with?
“Sure why don’t you come over to Greenhill (Scoil Mhuire) after school on Friday and see what you make of it,” Fintan said to me. “We’ll only be doing a bit of dancing; there’s no-one learning lines or anything yet. Sure it might be a bit of craic.” Across the road? To the girls’ school? To me this suggestion almost felt like leaping the Berlin Wall (granted, minus the snipers) for a glimpse of what life was like on the other side. For one thing it was certainly going to smell better than the average fart and burp-infested boys’ classroom: I can recall one teacher relocating us to another room given the collective ‘aroma’ we’d generated during a double class.
But the opportunity to enjoy a more pleasant fragrance was hardly high on my priority list either. A chance to actually speak to girls had presented itself, and given that my only real experience of talking to girls (I wasn’t related to) up until then was on the side of athletics tracks or muddied cross-county fields, this was different gravy altogether.
Granted, I still felt painfully shy around girls but I told myself that this couldn’t possibly go on forever. So I tentatively approached Greenhill with Fintan. I danced with painful awkwardness (thankfully I wasn’t the only one), I cracked a few jokes and, to my surprise, generated a few laughs. Well, it turned out that teenage girls were actual human beings just like us teenage boys – yes, they smelled so much better than we did – but to my immense relief, they were great fun to be around and most of them didn’t find me too off-putting. A social door had swung unexpectedly open before I’d even sung a note.
The auditions came and went. I sang a few verses and read some dialogue from the script, neither excerpt remotely memorable to me 23 years later. To my great surprise, I was cast in the lead role as Stephen, the de facto Jesus in John-Michael Tebelak and Stephen Schwartz’s staged telling of Matthew’s Gospel, and my life as a stage performer began. Thankfully, all went well. Incredibly well, even. Within a few months, I was a hip-swivelling Elvis-esque Pharaoh in Carrick Junior Musical Society’s ‘Joseph And His Amazing Technicolor Dreamcoat’, with multiple panto Prince Charmings and principal musical roles still unexpectedly ahead of me.
Had it not been for Fintan’s initial invite and the subsequent encouragement of Mala Raggett, Patricia Woods, the late Dick Meany and my family in those early years, I might never have acted or sung on stage at all. Had I not done so, I’d have missed out on so, so much.
Treading the boards has, undoubtedly, been the happiest accident of my life. Twenty-three years after landing my first lead musical role, I am now preparing to play my second such lead in Waterford Musical Society’s production of ‘South Pacific’ (April 30th to May 4th).
For the past six weeks, I’ve been reciting Emile De Becque’s dialogue while out on my early walk with the dogs, safe in the knowledge that only my walking companions are in earshot of my French planter’s accent. There’s even been a few bars of ‘Some Enchanted Evening’ carried over the Curraghmore Wall, to the bemusement, perhaps, of the lambs providing their own morning soundtrack.
Sean O’Casey may well have been onto something when corrupting Shakespeare’s famed stage quote by suggesting that “most of us are desperately unrehearsed”, but the unexpected is part of its joy. And I’ll be forever grateful to my old schoolmate for that 1996 invite which diverted my teenage self onto a different, fantastical and life-enhancing path. It’s time to light the lights…