An Open Letter to Simon Harris

The nature of journalism, to draw a comparison with politics, entails attending meetings. A lot of meetings.
Sometimes, if it feels like we’re attending the same meeting again and again, discussing and debating the same issue, well that’s because we have been in this part of the country for far too long.
And when it comes to cardiology services at University Hospital Waterford (UHW), and what’s not yet in place for the benefit of a region – not a city, not a county – but a region, we’re firmly in Groundhog Day territory.
The addition of a second Cath Lab and 24/7 cardiac care capability at UHW is not an excessive demand. Indeed, it shouldn’t even be considered a demand.
It is not a parish pump issue, as it was crudely caricatured by some political reporters at the north end of the M9 during the Independent Alliance’s discussions on entering Government. 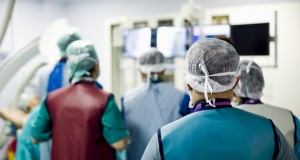 It is a justified and merited health provision which should not even be up for discussion. That it remains a point of mere discussion is, to be blunt, baffling.
It is now widely accepted – by several cardiologists working in this region – that the cardiac service deficit in the South East of Ireland is leading to at least six preventable deaths a year.
And on that particular point, if there were another means by which six potentially preventable annual deaths were occurring in this region – i.e. through knife crime for example – can you honestly suggest to me that the Government response to such fatalities would be to restricted to (a) commissioning a region-specific report and (b) in the wake of that report, commissioning a national review?
The aim of the latest Review of Specialist Cardiac Services, according to the Department of Health is “is to achieve optimal patient outcomes at population level with particular emphasis on the safety, quality and sustainability of the services that patients receive by establishing the need for an optimal configuration of a national adult cardiac service”.
However, when taking population levels into account, the following point was made by WIT academic, Doctor Ray Griffin, during the latest cardiac care meeting held at Waterford’s Granville Hotel on Wednesday evening last.
“Limerick and the Mid-West is a region of 380,000 people, Cork and the South accounts for 550,000 people while the South East has 500,000 people,” said Dr Griffin.
“So you would expect if money followed citizens, if money followed the patient, then we would be resourced a little bit behind Cork and a little bit ahead of the Mid-West but that simply isn’t the case. Out of the four Acute Model 4 hospitals – Galway, Cork, Limerick and Waterford – Waterford gets €166 million a year, Cork gets €275 million a year, Limerick gets €186 million a year, and what that means is, per citizen in our community, there’s less been spent on health care here. So there’s €330 being spent per citizen on healthcare here in Waterford and in Cork it’s €500. And that has implications – it has real implications. And the cardiac issue is a real manifestation of that. There’s a very broad context to what’s happening here and for me, the cardiac issue is very, very symbolic of how politics, national politics, is not working for this region, in which it can deny what is an incredibly logical and reasonable request – but it’s not being done. And given the chicken feed of money that’s involved, you’ve got to ask why it isn’t being done. What’s at stake? Why are they holding the ground?”
So, Minister, it begs the question. Why does the South East not have a second Cath Lab and 24/7 cardiac care? And why are we being made until the Summer of 2019 before this National Review will be completed and brought before government, by which time Fine Gael may not even be in office? Please explain why a citizen in Waterford gets €170 less health investment annually than a citizen in Cork? Perhaps the Taoiseach might rebrand his leadership slogan to a ‘Republic of Equal Opportunity?’ A person who has a heart attack in Waterford, South Tipperary, Wexford and Kilkenny deserves the same chance to survive such an episode as someone in Cork, Limerick, Galway or Dublin?
Why wait 15 or 16 months to be told something which I – and many more people in the South East – can tell you now and have been telling your predecessors for years? Why not give us what we clearly need?
Speaking to me last year, then Waterford IFA Chairman John Fitzgerald stated: “I think it’s a basic right that we have 24/7 cardiac care here in Waterford, an absolute, basic right. It’s a pure scandal that we haven’t it. We’re a massive region of 400,000 to 500,000 people and we have primitive (cardiac) care – you’re only meant to get sick between nine and five in the day – sure that’s not on. As well as that, you’ve no chance of making either Cork or Dublin in an hour and half. No chance.”
Minister, why has the South East been so grossly insulted by Dr Niall Herity’s claim that the drive between both UHW and Cork University Hospitals comes in at 90 minutes? That’s simply not the case.
Speaking of Dr Herity, the fact that the published Herity Report cannot even spell ‘Clinical’ correctly on its opening page – go have a look at it on your Department’s website – says it all.
And that no-one has been bothered to amend it says all that needs to be said for the level of interest the Department of Health has shown in an issue that has driven some campaigners in this region into ill health.
So come and talk to a few of us in Waterford, Minister. Listen to both feelings and facts alike. And do the right thing – the long overdue right thing. Deliver Health Equality in the South East and prove that Our Lives Matter to you too.
Yours with years of impatience,
Dermot Keyes.