Home » Local News » At last: a footpath for Slieverue Roundabout!

At last: a footpath for Slieverue Roundabout! 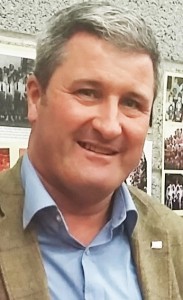 A long-awaited roundabout footpath connecting Slieverue with Rathpatrick is to be constructed by Transport Infrastructure Ireland (TII), much to the delight and relief of South Kilkenny County Councillors.
Addressing the November meeting of the Ferrybank Municipal District, Director of Services Simon Walton confirmed the news, which came as music to the ears of local resident and District Chairman Ger Frisby (FF).
“Since the day I was elected, doing whatever I could in terms of seeing this matter being addressed was a huge issue for me,” said Cllr Frisby.
“From day one, I committed to raising it at every monthly meeting, because this was a road safety issue which simply had to be sorted out. So to have this news confirmed at our last meeting was a source of great satisfaction, as both a resident and a political representative. And it also shows the importance of establishing a clear line of communication between local authorities and the TII.”
Simon Walton told Councillors that the estimated cost of the footpath will total between €75,000 and €80,000, with the TII covering the cost of these works. A date for the commencement of works has yet to be specified.
Cllr Frisby added: “Hopefully, this roundabout will prevent a future road fatality and the sooner the work gets underway, the better.”
The news broke in the wake of a long-sought meeting between Council representatives and the TII, which has responsibility for the new roundabouts on the N24 and N25 routes – namely the Quarry, Grannagh and Luffany roundabouts.
This is a point which Councillors have had to make repeatedly with local residents since these routes were amended in recent years.
Cllr Tomás Breathnach (Lab), who tabled a motion calling for a meeting with the TII last July, declared that the meeting’s outcome was “the most beneficial” of any he had brought before the Council.
“Eight TII representatives met with us and I feel that showed a serious level of respect for the issues that we sought to discuss with them. And I believe that the tone of the meeting and the agenda that was addressed ought to be used as a model for other bodies in future, such as the Office of Public Works. All of us came emerged from the meeting with a clear idea about the progress that had been made and what had been agreed to. I found it hugely encouraging.”
Cllr Fidelis Doherty (FG) described the meeting as “very constructive and very positive – and they were fully engaged with what we had to say. We got a commitment that they will meet with us once a year but hopefully in time, once other matters have been resolved, there may not be a requirement to meet with them on such a basis”.
TII protocol stipulated a meeting with local authorities to discuss road-related matters once a year, something which the Piltown Municipal District fully intends on honouring.