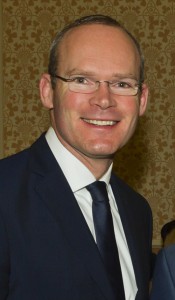 The merger of Waterford’s local authorities has led to savings of almost €5.4 million, according to Housing Minister Simon Coveney.
In response to a Dáil question tabled by Deputy John Deasy (FG) regarding “an analysis of the cost effectiveness of the 2014 amalgamation”, Minister Coveney said that such a study had been undertaken by financial consultants, Grant Thornton.
“The Waterford Reorganisation Implementation Group, which oversaw planning for the merger of Waterford City Council and Waterford County Council identified long term payroll savings of some €4,350,000 per annum which it anticipated would accrue through the non-replacement of staff and Councillors,” said Minister Coveney.
The Grant Thornton review “identified a further €755,000 per annum of specific savings in non-payroll expenditure, plus further potential savings of up to €272,000 per annum,” he added.
“This brings to almost €5.4m the estimated enduring annual savings. However, other savings which have not been captured in these exercises include the increased efficiencies brought about by more productive uses of staff which had previously been engaged in corporate type roles arising purely from the existence of separate local authorities.”
Minister Coveney said the ‘Putting People First’ document which formed the bedrock of the Waterford merger was designed to strengthen local government, and constituted a great deal more “than a cost saving exercise”.
He told Deputy Deasy: “However, the 2012 Action Programme for Effective Local Government, Putting People First indicated that it would also be reasonable to anticipate that overall savings to local authorities in the range (of) €15 to €20 million per annum relative to 2010 expenditure figures would be achievable from sub-county reorganisation when the reformed structures, including the establishment of municipal districts, had bedded down.”
The Grant Thornton review also took into account the abolition of both Tramore and Dungarvan’s Town Councils in 2014 when making its findings.