Death of former Dean of Waterford 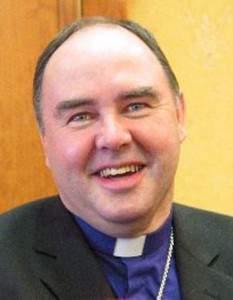 The late Rev Peter Barrett, the former Dean of Waterford

Former Dean of Waterford, the Right Reverend Peter Barrett passed away last week, at the age of 59.
Barrett, who resigned as Church of Ireland Bishop of Cashel and Ossory three years ago, died at his home in Dublin on Wednesday.
Ordained for the Derry and Raphoe diocese in 1981, the deceased was rector of Letterkenny and Gartan in Raphoe and subsequently dean of residence and chaplain at Trinity College before he was appointed Dean of Waterford in 1998. He was elected Bishop of Cashel and Ossory in November 2002 but resigned from that position three years later following the break-up of his marriage to his wife of 25 years, Anne. The couple had three children together, Clare, Alec and Patrick.
In a statement at the time, Bishop Barrett said his resignation followed “a period of rest and reflection in the midst of deep personal struggle”.
It’s understood he had met a woman he had a relationship with when both were younger and the couple did move to the UK together for a time. However that relationship subsequently ended.
Bishop Barrett remained in the UK for some time and returned to his native city of Dublin in recent years. He became reconciled with his children and renewed contact with his wife. At the time of his death he was being dealt with by the Church of Ireland as a retired bishop.
In a tribute on Thursday the Archbishop of Dublin Most Rev Michael Jackson said his passing was “felt with great sadness by a wide range of people and in particular by his family and by all who loved him most dearly”.
“We commend him to the mercy and protection of Almighty God whom he strove to serve with warm devotion in this life. May he rest in peace.”