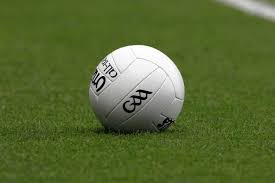 Benji Whelan’s Waterford side lost out for the second time in four days in the McGrath Cup when they were defeated by Clare in Miltown Malbay, despite leading 2-5 to 1-4 at the break.
The Waterford management made five changes to the side which lost out to Limerick at Fraher Field on Thursday evening. Gaultier’s Davy Daniels came into the team between the posts for his competitive debut for in place of Paudie Hunt while Dermot Ryan, Conor Murray, Fergal Ó Cuirrín and Ciarán Kirwan also started.
In front of just 359 paying patrons Waterford proved the better of the two sides in the opening half.
Waterford led 2-3 to 0-2 after 25 minutes and it looked as if they were going to record a first win of 2020, but the home side finished the half stronger and went in at the break trailing by just four points.
Brian Lynch opened the scoring for Waterford but his effort was quickly cancelled out with an effort from Gearoid O’Brien.
Darragh Corcoran, who had some fine performances for the under 20 Waterford team last year netted Waterford’s first goal on 19 minutes which put Waterford 1-3 to 0-2 in front and just three minutes later Clashmore’s Brian Lynch hit Waterford’s second goal following a pinpoint pass from Ferghal Ó Cuirrín.
Clare gave themselves hope going into the second half when they netted a late goal at the end of the first half when veteran team captain Gordon Kelly playing at his own club grounds and Darren O’Neill set up Cian O’Dea for a well taken goal.
Clare kept up the pressure in the second half as Gavin Cooney netted a brace of goals and Gearoid O’Brien and Jack Morrissey both kicked points inside the opening six minutes.
Clare pushed Waterford hard throughout the second half and after introducing Eoin Cleary he landed a hat-trick of scores while at the other end of the field, the home side’s defenders held Waterford scoreless for 23 minutes.
Waterford however did hit a third goal late on in this game through Rathgormack’s Michael Curry but it proved to be a mere consolation score.
Waterford have their next competitive outing on January 25 when they have Limerick as visitors to the Fraher Field in the National League.