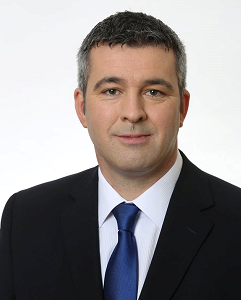 ‘Increased demand for Diabetes services in Waterford’
AN increased demand for diabetic services is placing a ‘huge strain’ on University Hospital Waterford (UHW), a stark claim that has been issued by a prominent Fianna Fáil member.
UHW was revealed as having the second highest level of hospital-related diabetic activity in the country at the 3U Partnership International Diabetes Conference recently held in Dublin, according to Kieran Hartley who stood as a European Election candidate last year.
“The method used by hospitals to record and fund hospital services known as HIPE coding shows that UHW is ranked number two in the country for 2014,” he claimed.
“Between 30 and 40 per cent of patients attending UHW are for diabetes related matters. This is putting a huge strain on the hospital services.”
Mr Hartley added: “HSE policy documents say the hospital needs six diabetes consultants. UHW has one full-time consultant and a half-time locum. The hospital is interviewing for a second consultant but is finding it hard to secure this post due to the high volume workload and working conditions and funding for the department.
“This is in stark contrast to Galway which has seven consultants and one locum; the Mater hospital has five consultants and one locum. Even Kilkenny has more than twice the diabetes staff of UHW despite a much smaller workload.”
Kieran Hartley contended that UHW has been “politically parked”, claiming that a number of consultants are considering their positions as a result of the HSE’s failure to spend money on vital services at the hospital.
Since Waterford Regional Hospital was renamed last May by then Minister for Health Dr James Reilly, Mr Hartley believes that promises made then have since been ignored.
“The five professors and senior lecturer staff promised by the CUH merger appear to have been quietly forgotten about – and multiple consultants are considering leaving during the coming year,” he claimed.”
The removal of the word ‘Regional’ from the hospital name seems to sum up what our politicians have planned for one of Waterford’s biggest employers. The word ‘University’ just describes a hospital that teaches medical students (student doctors) just like almost every HSE hospital in Ireland can be called.”
Along with growing concerns over services for diabetes, there are concerns over the cardiac and dermatology services at UHW.
Kieran Hartley claims the level of such services at UHW is directly linked to the strength of Waterford’s representation in the Dáil. “The Hospital will not survive as a major Hospital without functioning centres of excellence in key areas such as cardiology, diabetes, gastroenterology, dermatology, cancer services etc,” he said. “The HSE has decided this is unacceptable anywhere other than politically weak Waterford. This looks like politics deciding who survives based on the political strength of representation in the Dáil. Waterford was once a model of a highly efficient hospital run on limited resources. The way to downgrade a Regional Hospital is to park it politically. No-one ever officially closes anything as that isn’t the political way. They just park it and let it go out-dated.”
The Health Service Executive’s Communications Office was furnished with an extensive brief by this newspaper just after the close of business on Friday evening last.
Just before we went to press, the HSE told The Munster Express that it is “actively progressing the filling of the vacant consultant posts on a permanent basis”.
The statement added: “It should be noted that the number of vacant consultant posts is a fluid situation and constantly changing as vacancies are filled.”
Temporary Consultants are currently being employed in Emergency Medicine, Urology, Radiology (two) and Medicine (Care of the Elderly) while a consultant is due to take up an Emergency Medicine post in April.
Interviews for two Dermatologists’ positions are due to be held in March, while interviews have been completed for two anaesthetist’s positions and two candidates are currently in clearance for both positions. Meanwhile, interviews for a Haematologist’s position are due to be held at UHW in March, while recruitment for a third vascular surgeon is described as “progressing”.
However, the statement did not address Mr Hartley’s claims in relation to the level of diabetes-related admissions at UHW.