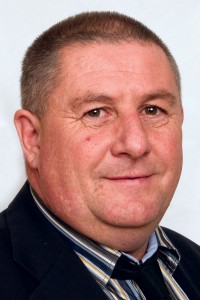 Sinn Fein Councillor Pat Fitzgerald has called on recycling companies that run bottle banks and clothes banks to honour their contract of agreement with the council by keeping an acceptable level of cleanliness and tidiness at all of their collection facilities across the country.
Cllr Fitzgerald told the monthly plenary meeting of Waterford City & County Council that cleanliness of some of the county’s bottle bank and clothes bank sites leaves a lot to be desired.
He has been contacted on many occasions by people living near these facilities over the years regarding rubbish, broken glass, black sacks full of old clothes and general untidiness at some of these sites.
“It’s often the case that Waterford City & County Council employees or the local Tus Scheme worker and sometimes even local people living near the recycling facilities are left to clean up the mess,2 he said.
He described this as “totally unacceptable”.
“The recycling companies that collect from these facilities have already given a commitment to maintain the facilities in their contracts with the local authority,” he said.
Cllr Fitzgerald went on to say that while he is aware that a member of staff from Waterford City & County Council Environment Department has already spoken to and written to the companies involved, he would like to see the council executive also write to the relevant recycling companies reminding them of their contractual responsibilities in regard to the upkeep, cleanliness and maintenance of recycling collection facilities.