The Southern Regional Assembly’s Draft Economic Spatial and Economic Strategy (RSES), which is linked into the Project Ireland 2040 policy (embracing the National Development Plan), identifies 14 key towns in the Southern Region.
To the recent incredulity of South Kilkenny Councillors, Kilkenny features under such a heading (topping the list in population terms), despite the city charter awarded it by King James I back in 1609. That historic point was stressed at the February meeting of the Piltown Municipal District by Fine Gael Councillor Fidelis Doherty who was reminded by Director of Services Denis Malone that Kilkenny is designated as a town as per the Local Government Act.
Incidentally, the 14 towns named in the RSES are (by order of population): Kilkenny, Ennis, Carlow, Tralee, Wexford, Clonmel, Killarney, Mallow, Gorey, Dungarvan, Nenagh, Thurles, Newcastle West and Clonakilty. In a briefing document distributed to South Kilkenny Councillors on February 6th, only one other town in the region is directly referenced under the ‘Below The Cities’ tag – Tramore – despite it now being part of the Waterford Metropolitan District. This clause refers to towns with populations from 1,500 to 10,000 so one can safely assume this also accounts for both New Ross or Carrick-on-Suir, neither of which are specifically named in the document. 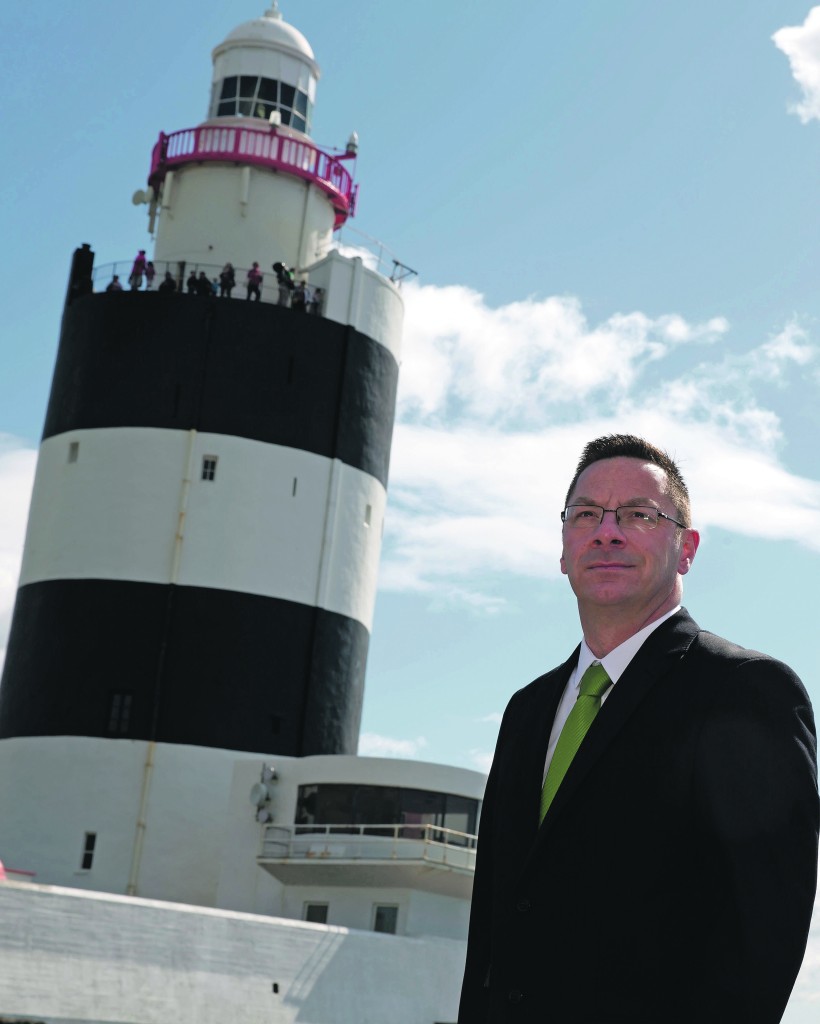 Towns such as New Ross and Carrick-on-Suir require strategic Government attention, according to New Ross-based County Councillor Michael Sheehan - but local residents also have a vital role to play.

The challenges identified for such towns by the RSES include vacancy issues, the demise of town/village centres (Cappoquin springs to mind in this respect), the loss of services, a lack of available development sites and the preference many people have for living near, rather than directly in such urban centres. On all of the aforementioned, New Ross-based Councillor Michael Sheehan (FF) has been a long-term clarion caller when it comes to the need to boost the urban realms of New Ross, Carrick and other towns of a similar scale.
“If you look back over the last 10 years, both for positive and negative reasons, there has been dramatic change in our towns,” Cllr Sheehan told this columnist. “And there’s a huge feeling out there, in my view, that towns such as New Ross, Carrick, Enniscorthy and Bunclody are struggling because they are not sufficiently large in either population or economic terms.”
He added: “While an economic arch across the South East region is, by and large, slowly taking root, resources are gravitating to the larger urban areas or to areas you could described as absolutely rural. And in between those, you have what I’d refer to as the ‘squeezed middle’, and that’s where I’ve given a great deal of thought to since Christmas, with a view to looking at what could be done for towns such as New Ross, Carrick and Enniscorthy between now and 2030.”
With this in mind, Cllr Sheehan recently convened an online conversation (via a new Facebook page, ‘A 2020 Vision For New Ross’) into what locals would like to see implemented in their town centre in the short to immediate term. “I kicked it off with a ‘Top 10′ list of what I feel could be achieved. Now some of it is radical, some of it is expensive and some of it was practical and over the course of the first few weeks, it has gained some momentum, it’s got people talking. And it’s very much focused on what people want to see done to make their town a better place to live, to work and to socialise. And these do not have to be grand, multi-million Euro projects. I see it more as a large puzzle that we can piece together bit by bit, project by project.”
For example, two contributors reminded Cllr Sheehan that there are no specific amenities in New Ross for parents of children with special needs or for those on the autism spectrum.
“I asked them both to work with me and suggested that they should create a group and that we should look for funding for a dedicated centre in New Ross. They both then wondered how they could do that so I met with them and encouraged them to put out the call to families who are in the same situation, and I’d have no doubt people would come forward and that in due course we could work side by side. I told them straight off the bat that I could not do this for them as a sole operator but that I was happy to work with them and that’s just one initiative which is currently percolating.” Michael Sheehan said the discussion is “organically evolving” with vision strategies for both young adults and senior citizens also forming part of the 2020 narrative.
“And from there, I’ve no doubt we’ll talk about the enhancement of our community and specific parts of the town. This is an ongoing thing. It’s probably going to take a few months to put it all together before I’ll be in a position to produce a final document, a blueprint of where I feel we should be going, and this will be applicable to those other towns in the South East that I’ve already mentioned.” The National Planning Framework notes: “The value and potential of our cities, towns and villages means that there are opportunities to change direction.” As Michael Sheehan’s 2020 discussion reminds us, we cannot exclusively tie our towns’ future successes into the oft trumpeted pre-election delivery of 200 new factory jobs, nor can we expect the IDA to act as a regional white knight, sweeping away all of our ills in one big announcement. The old rules no longer apply.
It’s high time that more of us engaged in the civic process and seek to become solution makers when it comes to positively altering our locality’s future direction. And the more of us who rally to such a calling will serve a community purpose that’s beyond the competency or willingness of bile-spewing, do-nothing trolls.
The second part of this column will be published in next Tuesday’s edition