Gary Graham on a life in full "Bloom"

Bloom, the brainchild of Woodstown resident Gary Graham, has sunk deep roots into the Irish festival/event circuit since it was first held back in 2007.
With its 12th staging in the Phoenix Park now less than two months away (May 31st to June 4th), its London-born and Dublin reared founder made for a fascinating guest speaker as part of Waterford Chamber’s Regional Leaders’ Programme.
Speaking at the thoroughly appropriate setting of GIY HQ at Ardkeen (he’s also the outgoing Chair of GIY), Gary said that “this is actually a great time of year when it comes to Bloom, despite it being such a big show and having so many moving parts, features, sponsors and so on – we have to work on it all year.”
He added: “But at least when we get to this time of year, things actually start to firm up and you start to see what’s actually going to happen. And the best time of course is when we actually get on site – all the talk, all the meetings and all the other stuff that goes on for so long is behind you and you actually get to see something tangible coming out of the ground and by then it’s a case of, ah right, that’s what all that was about, now I can see where all the money is going, now I can see why all of that stuff we need to do every year took so long to come together. It’s a really exciting time of the year, to be honest. I’d prefer to be at this time of the year when Bloom is imminent, and it’s going to happen and that a good lie-down isn’t too far off!” 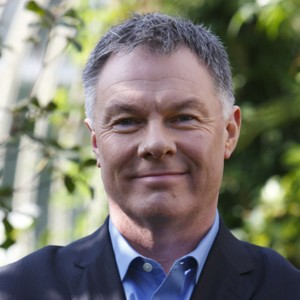 Gary Graham devised the Bloom concept, and it’s proven an outstanding addition to the Irish festival/event circuit. For more on Bloom, visit www.bloominthepark.com.

Dubbed the ‘Irish Chelsea (Flower Show)’ by some and the ‘Posh Ploughing’ by others, Bloom attracted 30,000 visitors at its inaugural staging.
It now draws 120,000 visitors annually onto a 70-acre site in the Phoenix Park, providing between 20 and 25 acres of content for young and old alike to enjoy.
On the question of scale, Gary Graham stated: “The Chelsea Flower Show is held on a 16-acre site and yet it’s regarded as the biggest and most successful flower and garden show in the world – which it is – and part of the reason that it is so successful is that if you keep it tight, you then have competition for space. So you’re not just trying to fill space and year on year try and make things bigger and bigger. And events that have got down that road in some cases end up covering hundreds of acres. At some point, something changes and then such expanded events have to contract and get smaller because by going bigger, you’ve actually reduced the quality of the overall offering and from the visitors’ perspective, when you have to track more ground and cover more areas in the hope that you’ve seen everything before you head home, but if you’re not even sure you’ve seen everything by the time you’re heading home, a visitor with that doubt in their mind feels like they’ve missed out. And that’s not how we want people feeling at the end of a day spent at Bloom. And while a huge portion of Bloom’s visitors are young families, those who are really into their gardening tend to be that bit older and a bit more traditional, and the last thing we want to be doing is sending them walking across hundreds of acres so there’s lots of good reasons for keeping the site as tight as you possibly can.”
Even if one hasn’t attended Bloom, just like the much longer established Ploughing Championship, there can’t be too many households in the country which don’t have some recognition of the event, which illustrates the power of branding – as well as good old-fashioned word of mouth.
Live coverage on RTE doesn’t do any harm either on the promotional front, in addition to the increased levels of interest in gardening across the country represents a far cry from the days when Gerry Daly might have been mistakenly identified as the only gardener in Ireland!
“What I’ve discovered over the years when it comes to Bloom is that there is no shortage of gardening talent in this country,” said Gary.
“It’s all part of the creative tradition of this country, it’s something that we excel in, as Irish people, and it’s no different when it comes to garden design. And I’d never be worried about not having a ‘name’ attached to a show garden every year be it Diarmuid Gavin, Jane McCorkill or Paul Martyn, because there is always someone else there waiting to step in and do a fantastic job.”
Admitting that he didn’t foresee Bloom taking off as it has over the past dozen years, Gary Graham said any initial apprehension he had initially came from what he didn’t know about “the other side of horticulture and the food industry”
“If you look at how people divide their time when they visit the show, the time they spend sampling new foods, they’re in the craft area with the Craft Council, they’re in looking at fashion, they’re in at the garden stage where some of our GIY guys will be, and when you look where people are spending, I could never have predicted all of that, and I could never have predicted that so many organisations and charities would establish such a great relationship with Bloom. And those relationships have been a huge factor in its success – and yeah, I’m naturally very proud to be part of it and proud to be part of a great team that brings it all together every year.” And so Gary Graham should be.