Greenway bike firms may have to ‘lock up and walk away’ 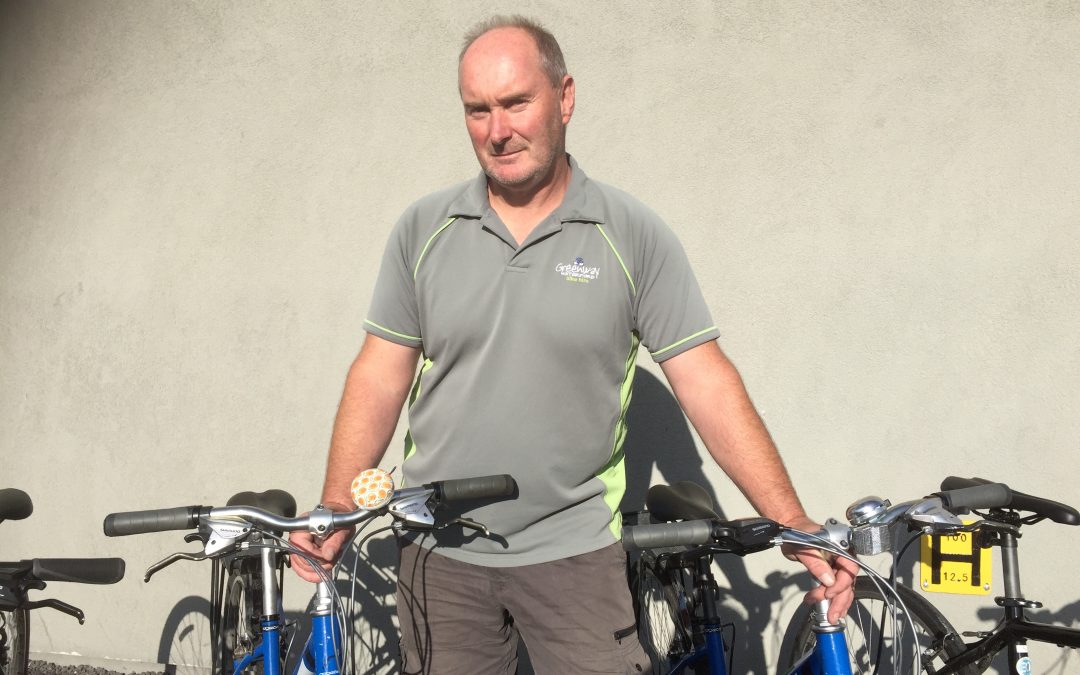 Eoghan Dalton Reports
A bike hire business on the Waterford Greenway is weeks away from closing its doors after discovering that it can no longer get insurance cover for customers renting its bicycles.
Donal Jacob has been told that the UK company which has been covering his business is now pulling out of the Irish market. He is now awaiting the result of discussions to bring a different UK insurer into Ireland to provide coverage for Greenway bike hire businesses.
“In fours weeks time if don’t get insurance we’re shutting the doors until such a time as we do have insurance. But come next April if I don’t have insurance I may as well lock up,” he told the Munster Express. His Greenway Waterford Bike Hire business, located at the WIT Arena at Carriganore, is insured through a Dublin-based broker which deals with the UK firm. 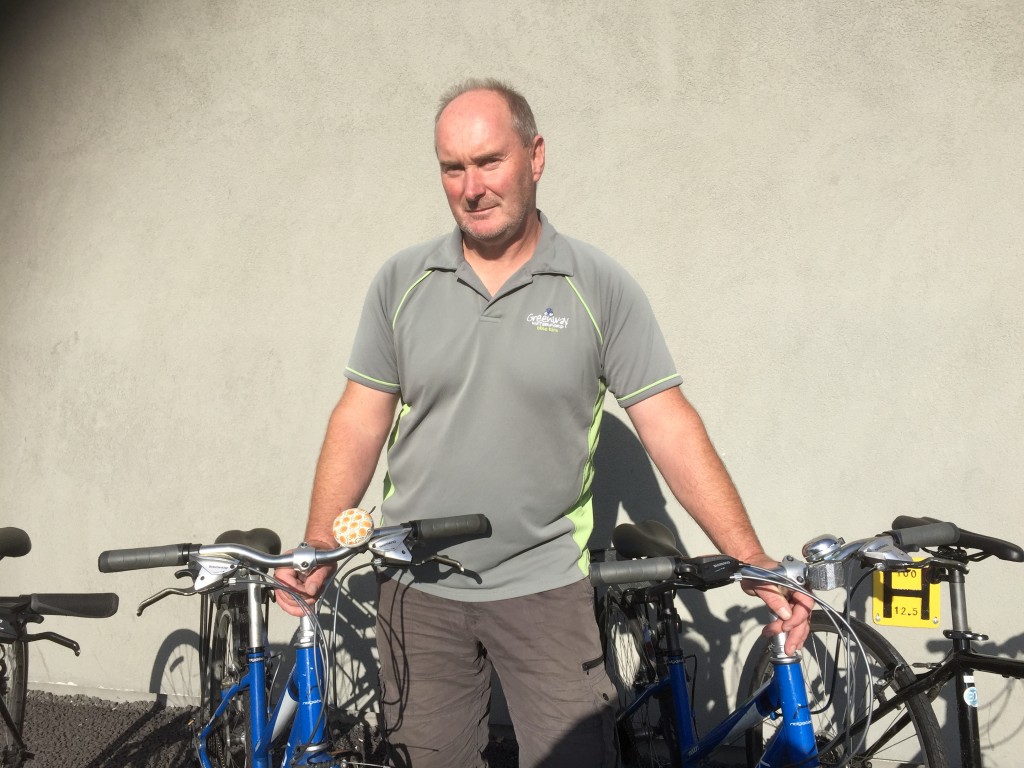 Mr Jacob said he has been told the reason behind the company withdrawing is that the “Irish market is too dangerous to deal with because of the claims”.A separate UK firm pulled out of the Irish market previously while Mr Jacob said he has been told by an Irish provider that it is not taking on any more bike hire businesses.
Mr Jacob said he believes he is the among the first in the sector to learn of the problem due to his insurance expiring on November 16 last. “I was talking to somebody in Mayo and they’re in the same boat also,” he said.
Garvan Cummins of The Greenway Man Bike Hire at Durrow says he too is affected by the issue. Donal Jacob said he decided to go public after hearing promotion around the 24km Wexford to Waterford Greenway which will eventually create a 70km-long route leading into Dungarvan and west Waterford.
“It’s going to create employment and I’m saying, ‘Great, yeah, but for who?’ Because people won’t be able to get insurance.”Up to ten bike hire businesses operate and promote themselves as serving the Waterford Greenway, which attracted almost 300,000 visitors last year. Mr Jacob said he “doesn’t know” if the blame lies with frivolous claims or insurance companies hiking costs, however he added that “ridiculous claims” are present in the industry.
A claim was lodged against his business in the past year. While that case remains pending, €5,000 was added to his insurance cost which he paid. “The government needs to step in, they really do. Somebody has to do something about the insurance and the claims,” he said.
Donal will be able to acquire insurance for his other work as part of the Cycle Right programme, the national cycling training course for schoolchildren.
He described the situation as “heart-breaking” having built up the business to employ five people part-time during the summer season and another person full-time.
The 53-year-old previously ran his family’s newsagents for 33 years before closing it in the midst of the recession. “I worked hard seven days a week. I had nothing when I closed the shop except my good name,” he said, adding that he is “back up on my feet with a nice fleet of bikes and nice people working for me… And now because of insurance I’m going to have to lock up and walk away and start all over again.”
The Department of Transport, Sport and Tourism did not respond to a request for comment.