Home » Local News » Heroin overdose at a "once idyllic park"

Heroin overdose at a "once idyllic park" 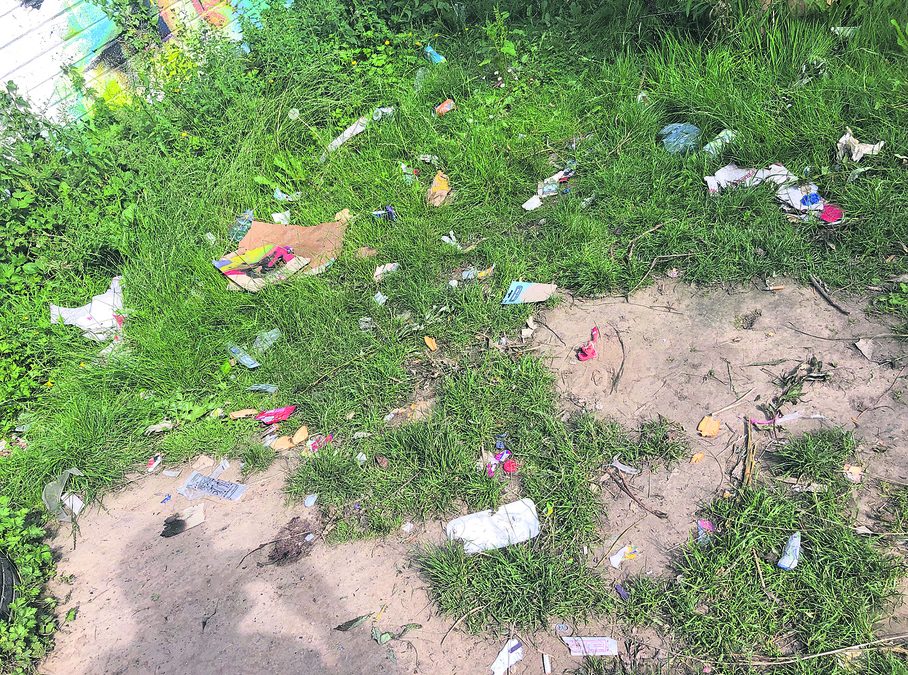 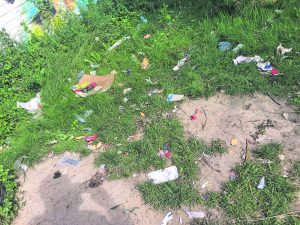 Drug paraphernalia is scattered among litter in New Street Gardens

CONCERNS have been expressed over the transformation of a “once idyllic family friendly park” into an area “littered with drug paraphernalia”.
Cllr Eddie Mulligan (FF) has highlighted a worrying incident at New Street Gardens where he says a young life was almost “snuffed out” due to another heroin overdose.
Cllr Mulligan, who says the incident took place in full view of passing children, said that it was the quick thinking of some young kids who were in the area, and the actions of Waterford Ambulance Service, that gave the victim “another chance at life”.
Despite a number of issues persisting, Cllr Mulligan is confident that the required action is being taken on tacking the scourge of drug use in Waterford City.
“Drug dealing and drug use in public is a problem that affects every major city and town in Ireland, but Waterford has been fighting back,” Cllr Mulligan said.
“Yes, there are areas that are still plagued with drug use, and yes, we absolutely hate to see it going on, sometimes only yards away from where our children play. However, in the past year, the problem has been getting better because of an increase in engagement between members of public and the Gardaí.”
Cllr Mulligan said that Garda resources have increased in the last 12 months but it’s the “interaction with the public” that is proving vital in “cleaning up the city’s streets”.
“Communities are now working together and reporting drug dealing and drug use to Gardaí, safe in the knowledge that they will always remain anonymous and will never have to appear in court,” Cllr Mulligan said.
“This in turn has resulted in the Gardai building intelligence profiles for surveillance operations that have resulted in seizures on the supply side, such as the recent heroin seizures in Sallypark and The People’s Park area. For almost a year now I have been pressurising and challenging the Gardaí at the Joint Policing Committee Forum to increase the resources to tackle the escalating drug problems in the City and the Communities at source. This has led to increased manpower being allocated to the Drugs Unit. However, we have to keep the focus and drive the message into the criminal world that the drugs menace will not be tolerated in Waterford by the Communities or Gardaí.”