HOPING FOR A BETTER IRELAND 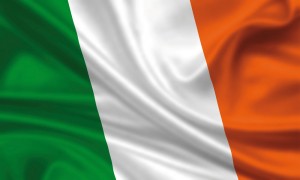 Social ills can be lessened by sound political leadership. This is not a country bereft of hope.

How should you vote? Don’t look at me, folks. That’s not my job – at least that’s how I view conducting my brief in a responsible, even handed manner.
After all, the people are sovereign. After all, I’m not standing for election. So I just don’t think it’s my business to tell you how to vote, a point Vincent Browne made in a marvellously grouchy radio exchange with George Hook last week.
But I don’t feel I am overstepping my mark in hoping that citizens who have the right to vote exercise that right.
Even if you scrawl ‘None of the Above’ onto a ballot paper on Friday, that to me represents protest voting in its purest, most untainted form. Being in a democracy, of course we are all free to do what we want to do – or what not to do – but I must declare a preference for democracy in action.
I remain, thankfully, a believer in the fundamental goodness of people, and it’s a source of great relief to me that our local, national and European elections remain largely free of extremist candidates garnering anything like popular support.
Be that owing to the minimal impact which the Middle East crisis has had on this island nation, or, at least partly, to the cognisance many of us retain given our own history, five lines etched on the Statue of Liberty are worth reciting.
“Give me your tired, your poor, Your huddled masses yearning to breathe free, The wretched refuse of your teeming shore, Send these, the homeless tempest-tossed to me, I lift my lamp beside the golden door.”
People in need ought to top the political agenda, and that’s why a return to comprehensive social housing construction is a must-do for our next government, a project that would in turn stimulate the building sector.
There is a firm commitment, across the political spectrum, to tackle our homeless crisis, and I think we as voters will welcome the end of an appalling social ill which should never have been allowed to materialise in the first place.
But building houses takes time, irrespective of who is steering our ship beyond next weekend and there is no escaping that fact. And this will remain a problem for most of the lifetime of the 32nd Dáil – in the event of our next government running its full course.
But a proposal made by election candidate Una Dunphy (PBP-AAA) during a youth-themed debate held in City Hall last week: that a vacant property of a suitable scale in the city be made available as a day centre for B&B-dependant families is not without merit.
And while the argument about how one defines or quantifies homelessness will continue, doesn’t Ms Dunphy’s suggestion sound like an issue that our City & County Council may be in position to support? It is certainly worth considering, at the very least.
Law and order has propelled its way up the election agenda in the wake of the Regency Hotel and Ballybough murders, with the political class’s reactive approach something we’ve become readily accustomed to in this Republic.
The impetus to crush the criminal underworld has forced its way into the political narrative, and an intensification of Operation Thor and other intelligence-led measures is inevitable.
But trying to pull this off at a time when Garda numbers are not at a heft that anyone considers acceptable (3,500 retirements between ‘07 and ‘15), it’s clear that, as part of a long-term crackdown on criminality, the force will need additional resources.
But that crackdown isn’t unattainable: Limerick’s recent renaissance is proof of that, and we shouldn’t forget the outstanding role played by Chief Superintendent Dave Sheahan, previously of Waterford Gardaí, in ending that city’s scourge.
Much has been made of the closure of rural Garda stations, some of it emotive, some of it symbolic given that many of those stations hadn’t been full-time, fully-manned facilities for, in some instances, decades.
Mobile libraries have provided a fine service to isolated communities for many years; in my childhood, I was one of the service’s beneficiaries.
Might the next Government, as part of its commitment to greater Garda mobility, consider vehicular ‘mobile Garda stations’ that could operate in rotational time blocs, serving our rural areas? I fail to see the benefit of an officer sitting in a station for six hours in a rural station when there would undoubtedly be days when he/she would have nobody crossing the threshold of a station.
A little like our obsession with property ownership (I have never personally viewed rent as dead money), security solutions should not be bound by brick and mortar.
Such mobile stations would also ensure, I would imagine, less strife for citizens (particularly carers, the elderly and those with mobility issues) who need Gardaí to stamp or sign an array of documents.
And such stations, ideally, would act as an additional resource to support existing rural patrol units – and a mobile unit would have a welcome impact in our city’s residential estates for that matter.
More housing and greater Garda resources would do a great deal to enhance the lifeblood of suburban and rural communities: of course, such provisions do not come free.
And there’s no doubt that if we want both of these thoroughly merited projects to be delivered, then the next government must exert whatever influence it can to further stimulate the economy and help the tide rise by taking measures to boost employment levels during the 32nd Dáil.
It’s not just the economy, stupid. It’s our society too. And I hope our next government remembers that.