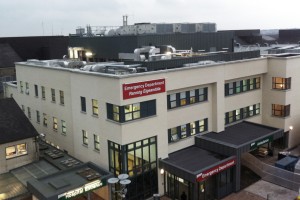 Staggering increase at UHW since ’08 reported
The number of people waiting on trolleys at University Hospital Waterford (UHW) jumped from 60 between January and April of 2008 to a massive 1176 during the same four-month period last year, according to the Irish Nurses and Midwives Organisation (INMO)
As frontline staff around across the country complain of critical overcrowding in our hospitals, over 67 patients were recorded as waiting on trolleys in UHW by the union’s representatives in the last week alone.
The hospital is also currently grappling with an outbreak of the highly contagious Winter Vomiting Bug.