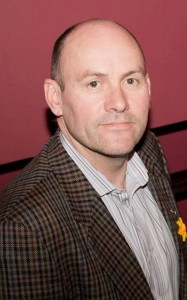 South East gained only 186 IDA jobs in 2014, says Business Group
IDA Ireland has been criticised for failing to reach its target of spreading investment evenly between Ireland’s two largest cities and the rest of the country.
The agency said 37 per cent of investments in 2014 were in the regions, up on the 30 per cent reported in 2013.
However, the figure still falls short of its 50 per cent target.
There was a net increase in IDA employment of 7,131 in 2014; however, just 186 of these jobs were in the South East compared to 3,719 in Dublin.
Commenting on the figures, Waterford Business Group (WBG) PRO Michael Garland said there was a need to rapidly increase resources and accelerate job creation in Waterford and across the whole South East region.
“The Waterford Business Group of course welcomes the headline figures recently reported by the IDA that show circa 15,000 IDA jobs were created in Ireland in 2014. However the report also details a very modest increase in jobs across the South East of only two per cent or circa 186 new jobs,” he said.
“It is very clear from the report that there still is a three tier economic recovery taking place across Ireland with areas such as the South East and North West lagging far too far behind other regions such as Dublin and the West/South West.”