'Inspiring Your Business for 2016'

Waterford Chamber and Ulster Bank is holding a Breakfast Briefing at Dooley’s Hotel this Thursday, January 14th at 7.30am, for an event titled ‘Inspiring Your Business for 2016’.
The guest speakers are Waterford Senior Hurling manager Derek McGrath and Simon Barry, Senior Economist and Associate Director at Ulster Bank Capital Markets.
Derek McGrath was appointed Waterford Senior Hurling Manager in October 2013 and has since led Waterford to many a victory, including their first league title since 2007, and last September, the De La Salle College teacher received a three-year extension to his Deise brief. In September 2015, McGrath was given a three-year extension as Waterford manager.
Simon Barry is Senior Economist and Associate Director at Ulster Bank Capital Markets with responsibility for providing coverage of the major international economies and related interest rate and foreign exchange rate markets.
Before joining Ulster Bank, Simon spent almost seven years as Senior Economist with Bank of Ireland Global Markets. Prior to that, he worked as a senior consultant with Goodbody Economic Consultants having also worked as a lecturer in economics in Waterford Institute of Technology. He holds B.Comm. and M.Econ.Sc. degrees from University College Dublin. 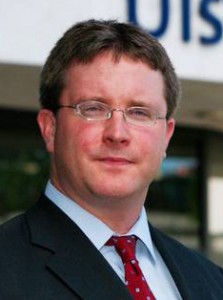