IT Carlow Chief says 'TU' Prize is worth pursuing. 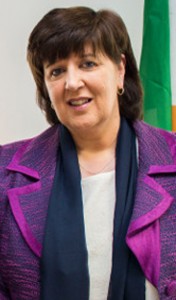 IT Carlow (ITC) President, Dr Patricia Mulcahy, has endorsed the Kelly Report, the latest attempt to kickstart the Technological University (TU) status the Government hopes both ITC and Waterford IT will jointly pursue.
Speaking to The Munster Express, Dr Mulcahy said the prize at the end of this process was “one worth pursuing and ought to be nurtured by both Institutes of Technology”.
However, she added that the Governing Bodies of both Institutes now need to be given space to consider the report ahead of both holding separate meetings to discuss the matter at the end of this month.
Dr Mulcahy believes the report has provided the means to create a reinvigorated framework that can emerge over “the next few months”.
Critically, she added, staff numbers at ITC are below the international average but with the population of the Dublin Commuter Belt and East of the country set to increase markedly over the next decade, this will lead to more students at ITC and therefore additional staff.
Indeed, the student body at ITC could increase by 20 per cent over the next decade, and when one considers it has expanded its student population by 30 per cent over the past 10 years, the need for additional staff seems self-evident given its recent history. WIT, operating admittedly from a wider base, has experienced more moderate growth than its Carlow counterpart over the same period.
On the subject of staff, Michael Kelly met with TUI branches in both Waterford and Carlow ITs on an individual and joint basis when compiling his report.
He states that neither branch was “opposed to the concept of a TU per se, they were dissatisfied with the poor level of understanding about the definition of a TU, and how it would be different from either an IoT or University”. Mr Kelly writes that there is a “need to ensure inclusive processes in any re-engagement” if the TUI is to weigh in behind the proposal.
Dr Mulcahy hopes that both ITC and WIT “can expand and grow” in both the immediate and long term, and expressed her wish to work collectively with WIT counterpart Professor Willie Donnelly to drive the process forward.
“A quantum leap is required if TU status is to be achieved in the south east,” she said. “But the first steps towards bringing about a transformation in both the provision and quality of third level education in the region is already in train, and we can get there, together. We now need to fully develop the shared vision detailed in the Kelly Report. And I believe we can, as the Report identifies, get to where we need to in terms of such an application over the next three years.”
According to Michael Kelly: “Indeed, with a determined approach by both Institutes to work together on the planning and implementation of the necessary steps up to application for designation (Stage 4) , there is no obvious reason why the project could not be advanced to Stage 4 within this three-year period.”
ITC is expanding its life-long learning courses (up to MBA level, and includes a new design core department) through link-ups with local industry and some €8 million is being spend in creating improved facilities via “careful financial management”, funds generated from its intake of overseas students along with the private sector.
The Kelly Report has recommended the establishment of a Project Steering Group with the “authority to push issues of contention to final conclusion and close-out”, a six to eight strong Joint Project Team “with a full-time commitment to the project for the period to Designation” and a Regional Stakeholder Forum as part of the drive to “get it right for the region”.
Said Dr Mulcahy: “This is a complicated process, but I believe we have learned a great deal in recent months in particular. Building trust and developing a shared vision for this region is key to future economic successes in Carlow, Waterford and throughout the south east. A more unified approach and a more formal level of collaboration can only be good for the lifeblood of this region as a whole and I believe we can get there together.”