It's Hard to Be a Man: Since When?

The #MeToo and #Time’s Up campaigns have shone a light on the alleged sexual misconduct of several major Hollywood personalities and if the past few months offer any indicator, further revelations appear inevitable – and more reputations will tumble.
But the idea that it’s suddenly become hard to be a man appears a tad misplaced, and if the worst thing most men have to contend with in a changing climate is some awkward conversations, then so be it.
Misogyny has been infinitely more prevalent for, well, let’s face it, all of recorded history than misandry.
Are there men haters out there? On the law of probability, yes, but history clearly shows that it’s the misogynists who have inflicted wholly greater punishments and miseries, some of which remain institutionally and culturally agreeable in men-dominated states/regimes across the world.
“It’s hard to be a man these days,” actor William H Macy commented off-stage following the recent Screen Actors’ Guild Awards. “I feel like a lot of us feel like we are under attack and we need to apologise. And maybe we are, and maybe we do.”
Author Germaine Greer, one of the best known feminists on the planet, went much further than Macy when discussing the “whingeing” #MeToo movement.
The idea that women should “react immediately”, as Greer implored in relation to sexual abuse or harassment sounds fine in theory, but, as we’ve learned in this country over the past 25 years, it can take decades to summon up the courage to publicly report such abuse. 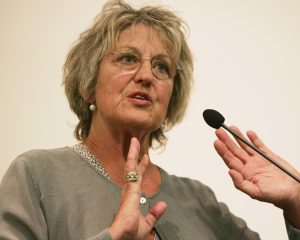 It’s not an easily done thing in a great many instances, so the suggestion that a woman should immediately react to such a violation isn’t borne out in reality, as one would have assumed Germaine Greer herself would be more than aware of.
But she didn’t stop there. Discussing the Harvey Weinstein allegations, Greer told the Sydney Morning Herald: “If you spread your legs because he said ‘be nice to me and I’ll give you a job in a movie’ then I’m afraid that’s tantamount to consent, and it’s too late now to start whingeing about that.”
If a man made similar noises to those uttered by Germaine Greer (“She is Germaine Greer, she can say what she likes,” according to critic Suzanne Moore), he’d have been slated and pilloried – and rightly so. Twitter would surely have melted down with justified indignation.
And those comments didn’t resonate well with self-confessed Greer admirer Alan O’Neill, the Chief Executive of the Men’s Development Network, which is based on O’Connell Street in Waterford.
“I think what she said in that instance is very harsh,” Mr O’Neill stated. “I think we’ve got to realise that the vast majority of wealth on the planet is owned, controlled and managed by men. There’s a small number of men in population terms in control of most of the money and most of the power. And within that scenario, how women and men are socially conditioned to relate to each other and also to access some of that money and power, is what could lead a young woman who wants to have a career in film to think that the only way to get a career in film is, to use Germaine’s phrase, to spread one’s legs for one of these wealthy producers and then he’ll put her in the film. So you can see how that scenario lines up.”
He added: “A young woman, or any woman trying to get into movies, shouldn’t have to have that thought ever enter her head. The reality that’s been shown by the exposure of these guys is that that was the way it worked for years – the casting couch in Hollywood goes back years, and I’m sure it similarly applied in the theatre as well. But I have to say I think Germaine Greer is being very harsh because she appears to have made no allowance for the social conditioning and the economic and social circumstances, along with the disadvantages that women were, and still are at, because this hasn’t been solved yet.
Sure, some men have been pushed out of powerful positions in Hollywood but there’s no guarantee that the casting couch still isn’t in use – or won’t come back into favour. Now the women who have spearheaded this campaign are pushing hard so that it won’t come back, and that’s what we’d all hope for, so that all women are going to go into such situations equally hoping to get jobs out of it without having to compromise themselves in that way.”
Nobody should have to sexually auction themselves to make a positive career move possible. And surely all of us, men and women alike, ought to listen to those women who have come forward to share their stories. For me, that’s where the focus of this debate ought to remain, as opposed to shining too bright a light on “us poor men”.
Family law, and the manner in how it is honoured or otherwise, is one of the few major modern social issues where men can end up in the second class carriage, and this can be for a variety of complex reasons.
But to suggest that men en masse, and forget not that we’re the far lesser raped gender, have it hard in 2018, is to demonstrate a spectacular disregard for how women the world over have suffered – a great many in silence – for centuries. And too many still do.