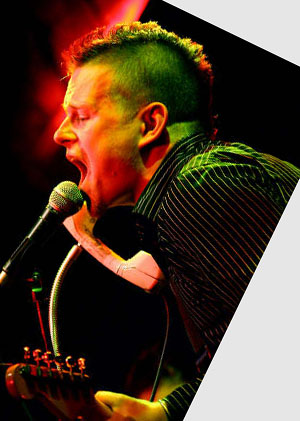 Don’t expect any singing for the Wren when The Jam Tarts host their St Stephen’s Night party at Traffik, the Forum’s indie club.

What you will get, though, is a high-voltage, free-for-all session from an army of some of Waterford’s best musicians. What better way to dance off that Selection Box?

Featuring all past and present members of the band, as well as some very special guests, Stephen’s Night at Traffik is THE party worth being a party to this festive season. Starting at midnight, this extended group of Tarts will conjure up a real Christmas Cracker of sounds, from brass to percussion, mandolin, keyboards, fiddle, guitars and drums, for a night of unparalleled musical action that would have Good King Wenceslas himself not so much looking as boogieing out, on the dance floor.

As fans would expect from The Jam Tarts, the gig will include their fantastically quirky song selection, from The Cure to Prince and The Smiths to The Violent Femmes. The band will take to the stage at midnight and will be followed by Waterford’s favourite tag team DJ duo, Louis and Tommyboy.

And if that doesn’t tickle your jingle bells, the Rotate Crew will be delivering quality house music in The Loft, spinning everything from House – Tech House to Minimal sounds in The Loft.

Doors open at 11pm and the admission of €15 covers a weekend pass which also allows entry to Traffik on Saturday, 27th December.