COUNCILLORS have voted in favour of a motion calling on the Department of Social Protection to increase its range of interactions with the Post Office Network.
At the April plenary meeting of Waterford City & County Council, a motion in the name of Cllr M J O’ Ryan (FF), Cllr Liam Brazil (FG), Cllr Declan Clune (SF), Cllr John O’ Leary (FF), Cllr Seanie Power (FG) and Cllr Ray Murphy (FF) stated “That this Council calls on the Department of Social Protection to increase its range of interaction with the Post Office Network instead of decreasing it to ensure its survival, especially in rural areas.”
Recently, the Irish Postmasters’ Union (IPU) warned that the Department’s plan to encourage social welfare recipients to use banks would sound the “death knell” for branches nationwide.
The councillors who put forward the motion all represent the Comeragh District of Waterford City & County Council and had recently discussed the issue at their District meeting.
Cllr M J O’Ryan (FF) said there was a need to “protect and not undermine” the Post Office Network and called for an enhancement to the services which are currently provided.
He pointed out that welfare payments account for up to 30 per cent of all post office business.
Cllr Liam Brazil (FG) also spoke in support of the motion, and described the need to protect Ireland’s Post Office Network as “a huge issue for the county”.
“It’s important to look after our rural areas,” he said.
He added that the protection of services provided by local post offices would help “uplift our towns and villages”.
Cllr Joe Conway (Ind) said the motion addressed a “critical issue” and had “widespread applicability”.
Cllr Breda Brennan (SF) said the need to protect the Post Office Network was not just a rural issue.
She spoke of the need to protect small post offices in urban areas as well.
“People do not just come to post offices to do their business, but elderly people in particularly get to meet and speak with each other as well,” she said.
All councillors voted in favour of the motion. 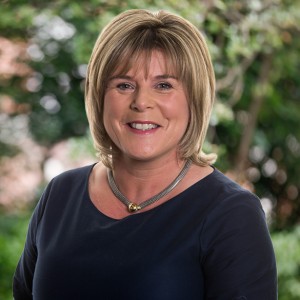 Meanwhile, Fianna Fáil TD for Waterford Mary Butler says her party is committed to introducing a series of measures aimed at supporting the post office network.
Deputy Butler has been critical of the outgoing Government for pursuing policies which have undermined post offices.
The newly elected TD says a change in direction is needed to ensure post offices remain at the centre of community life.
“I recently met with representatives from the IPU to discuss the challenges facing our post offices in the years ahead. Serious concerns were expressed regarding the manner in which the Government is attempting to re-direct business away from post offices. This underhand targeting of post offices needs to end,” said Deputy Butler.
“The Department of Social Protection has issued letters on a number of occasions asking social welfare recipients to collect their payments from a bank instead of their local post offices. This is having a detrimental impact on post offices.”
She continued: “Post offices are vital for maintaining the fabric of community life in both urban and rural areas. They are the centre of community activity. The Government should be doing everything in its power to strengthen the post office network. Unfortunately it is doing the exact opposite. Acting Tánaiste and Minister for Social Protection Joan Burton needs to tell her department officials to stop asking people to switch business away from post offices.”