Make me a match… 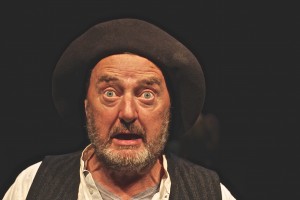 John B Keane’s The Matchmaker comes to Theatre Royal Waterford on Sunday, 29th November.
The production stars television favourite Mary McEvoy, known for her role as Biddie in the long running RTE series Glenroe, and Irish actor and comedian Jon Kenny, who was part of the Irish comic duo d’Unbelievables with Pat Shortt, joins Mary to complete the task.
Together they play a myriad of characters in this hilarious and earthy dramatic comedy, as
Dicky Mick Dicky O Connor tries to make matches for the lonely and lovelorn from all parts of the country. At the centre of this celebrated production is John B Keane’s marvellous and mischievous wit, coupled by his unparalleled way with words.