Mayoral proposal has been disserved 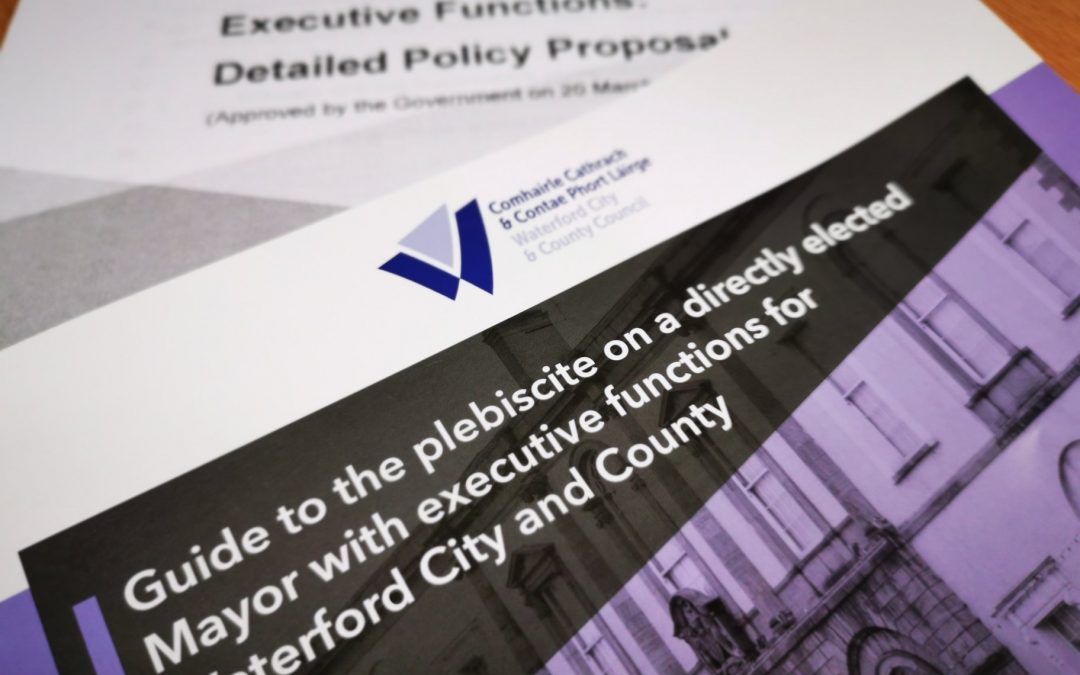 “The Government and members of the Oireachtas would retain the ability to produce legislation for a directly elected Mayor and bring it before both Houses of the Oireachtas.”
This paragraph, the last text on page 6 of Waterford City & County Council’s guide to the plebiscite for a directly elected Mayor caught my eye during last Wednesday’s public meeting on the issue at the Tower Hotel. This concise but significant sliver of text underlines the fact that this Friday’s vote is purely consultative. It means that the Government can either fully take on board what voters in Waterford, Cork and Limerick opt for or completely ignore the expressed will of the people. Regardless of one’s ideological leanings on this proposal, this fact represents how fundamentally weak these 28 words renders Friday’s vote.
As retired Justice Henry Abbott told a gathering of no more than 50: “If there’s a ‘No’ vote, then the current structure of local government would remain the same in the area and of course there is a rider to that comment: the Oireachtas is an independent and sovereign power under the Constitution to provide legislation and we cannot predict what the Oireachtas will do. They’ll be free to legislate without a report or in the face of a ‘No’ vote; the Constitution says they are the supreme law-making body. But the reality is that nothing is likely to happen subject to that rider.” That so many City & County Councillors shot down the proposal with such immediacy was entirely predictable. After all, their nest is being threatened, and what has been historically pre-ordained primarily to Fine Gael and Fianna Fáil members through post-election pacts – their shot at the Mayoral chain – is now under threat.
One has to wonder how many Councillors opposed to the proposal had read, in full, the detailed policy paper on directly elected Mayors which was approved by the Government on March 20th? 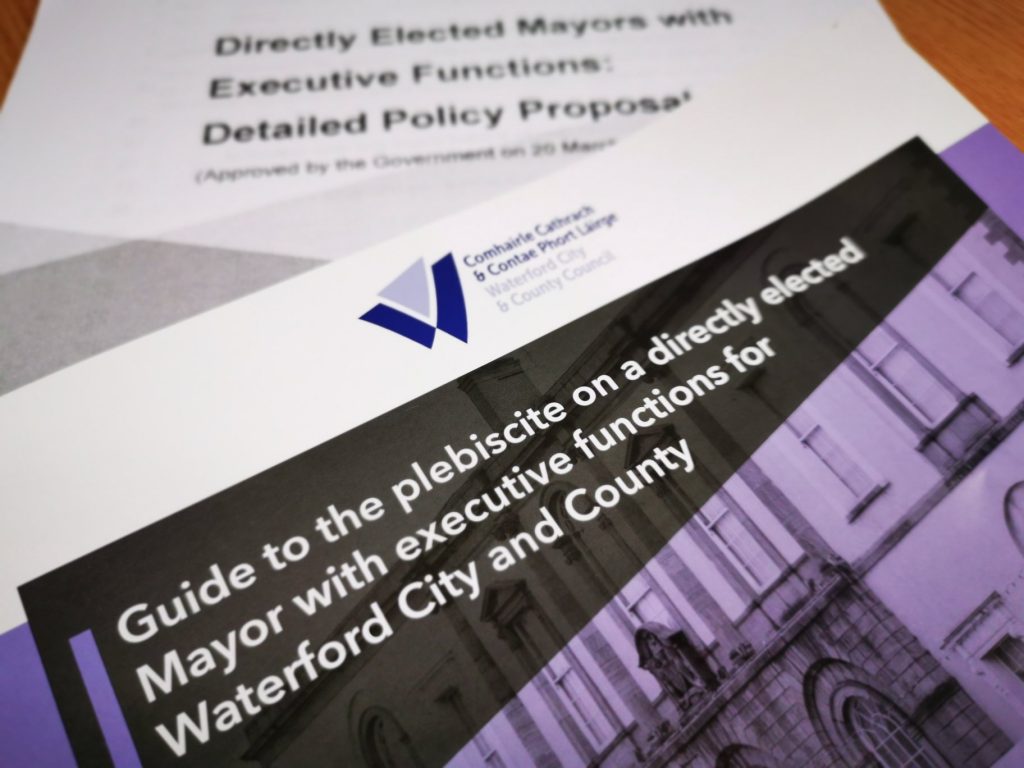 The status quo at local government level needs a shaking-up. A directly elected Mayor is worth a punt

Aside from comments offered by members such as Metropolitan Mayor Joe Kelly and Cllr Davy Daniels in relation to enhancing the Metropolitan Mayoralty, I can’t recall any of the 32 Councillors articulating a comprehensive, new vision for either our First Citizen’s office or Waterford itself. Where is the evidence, presented by any of our Councillors up to now, which suggests they have a broad vision for Waterford city and county across social, civic, strategic and economic grounds? Beyond re-election, what ambition have Councillors shown regarding their willingness and competence in terms of leading Waterford forward?
While the amalgamated Council wasn’t in a position to deliver its first post-merger Development Plan over the past five years, what has stopped any Councillor from publishing his/her priority issues for such a plan in the interim? Why not try and bring the public with them before hammering out whatever will be eventually hammered out, mostly in committee, one suspects, away from the media glare?
Whether the plebiscite is passed or not (I for one hope it’s passed and then subject to revisions primarily on the salary front), the returned Council has a duty to serve its people with a greater level of energy and curiosity. Rather than wait for a Plenary meeting to ask the Executive a series of questions which require detailed replies, why not issue such queries in advance of meetings to the relevant Director of Service thus rendering the standard “I’ll get back to you before next month’s meeting” reply null and void. I’m 20 years listening to this automated response from the top table at City Hall and I’m weary of it. We deserve better levels of investigation from our Councillors and if we had a directly elected Mayor, Councillors and journalists alike would be demanding more of our Mayor when questions relevant to his/her executive functions would be raised at monthly meetings – and in between.
In the meantime, Councillors could do all of us a favour by asking on-point questions prior to meetings, providing Directors of Service with the time they need to research and reply adequately there and then, as opposed to kicking a reply down the road for another few weeks.
The historic weakness of local government is an issue I’ve addressed time and time again. Should the citizens of Limerick and Cork vote for a revised Mayoralty and Waterford goes the other way, whom will be among those crying loudest a few years from now if we find ourselves even further disenfranchised? I’d be willing to wager more than more a few of the Councillors who shot down this proposal before the ink was even dry on the document will lead such a whiny chorus. The least we should do this Friday is give ourselves an opportunity to be part of a discussion that would, in time, give the three cities of Munster a more effective First Citizen. Voting ‘Yes’ is not a tacit approval for a €130,000 salary (I believe it should be equivalent to a TD’s salary of €94,535) as that ought to be amended prior to the first such Mayoral election.
Voting ‘No’ suggests you’re happy with the status quo that generally returns Fine Gael and Fianna Fáil Councillors as City & County Mayor. How well have both parties served this university-free and 24-7 cardiac care-lacking region? And how well has the party with just once city-based candidate this time around, the party which diluted the Mayoralty of Waterford five years ago, served Ireland’s oldest city over the past 20 years? For once, voting for a proposal which this Government has tamely and tardily put before the people might well be the one which ultimately wipes its eye a few years from now. I would like to vote for my Mayor come 2022. But your ‘Tá’ or ‘Níl’ is entirely up to you.