Home » Opinion » Tales of the Tellurians » Memories Are Made of This..And That…

Memories Are Made of This..And That…

Often in discussions you will hear people talking about their earliest memories almost always relating to family situations. Well, according to a recent survey involving almost 7,000 participants, about 40 per cent of people had a first memory that was fictional.Current medical research suggests that people’s earliest memories date from around three to three-and-a-half years of age. However, researchers at City University of London, the University of Bradford and Nottingham Trent University found that 39 per cent of the survey claimed to have memories from two or younger with 893 people claiming memories from one or younger. This was particularly prevalent among middle-aged and older adults. However, many medical scientists claim that memories cannot be formed at such an early age, especially before two years of age. 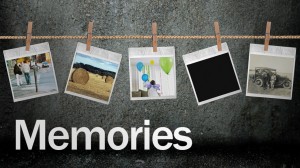 The authors of the survey’s results suggest that such fictional memories are based on remembered fragments of early experience such as being in a pram and added to by some facts or knowledge about their own infancy or childhood which may have been derived from photographs or family conversations.
As a result, what a person has in mind when recalling these early memories is a mental representation consisting of remembered fragments of early experience and some facts or knowledge about their own childhood instead of actual memories.
It is certainly interesting but I think a lot of people will dispute the survey’s findings. I know one person who steadfastly claims to remember being born and it was only many years later that he found out his birth had been somewhat traumatic so who knows? As for memories about things that could not possible have happened to you, well that’s another big story involving the debate about whether or not one can inherit a memory.