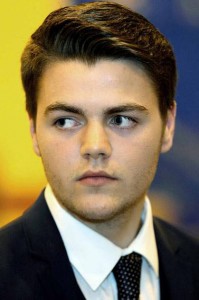 At last Monday’s Metropolitan District meeting, Cllr Adam Wyse (FF) asked the Council to install solar flashing warning signs on the approach road to Passage East national school in Crooke. He said parents had contacted him with concerns over road safety and speeding on the road.
Cllr Cha O’Neill (Ind) requested that reflectors be installed on the central wall along the Outer Ring Road since the central aisle was not clearly visible to motorists.
Senior Roads Engineer Ray Mannix said installing these reflectors would not be the norm, since there was already public lighting on the road. But Cllr O’Neill said the lights did not cover the width of the road.
Cllr Blaise Hannigan (Ind) raised the need for a pedestrian crossing between Elm Park and Ballycarnane Woods in Tramore and noted that the traffic lights at Holy Cross School, on the Westbrook side, were not working.
Cllr Pat Fitzgerald (SF) queried when road restoration works in Dunmore East and Cheekpoint would commence, noting that road markings were urgently required at Killea School.
Cllr John Carey (FG) complained that the light at the South Pier in Passage had been out for four years. He also said the derelict pub in Cheekpoint was in a ‘bad way’ and needed to be boarded up urgently. Cllr Carey was told that a sale had been agreed on the pub and the Council was in communication with the new owner, who was not prepared to act on cleaning it up until the sale was finalised.
Cllr Joe Conway (Ind) raised the promised road signage at Priest/ Church roads in Tramore which, he said, was supposed be in place six months ago but had still not materialised. Roads Engineer Conor O’Neill said it would be next year before those signs were in place.
Cllr John Hearne (SF) highlighted a number of vacant houses in the Larchville and Ballybeg areas including a house at The Crescent which was being used as a storage bay and two burnt out houses in Ardmore Park which were the subject of anti-social behaviour.