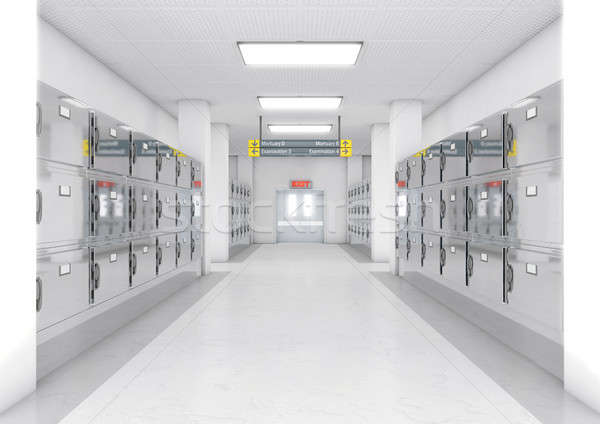 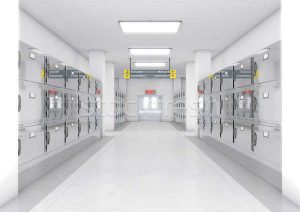 Eoghan Dalton
—————-
The new mortuary at University Hospital Waterford will more than double the current building’s permanent storage capacity and include viewing rooms for relatives of the deceased.
€5.67m in funding for a new building at the hospital, which provides mortuary and post-mortem services for the South East, was confirmed to have received approval this week and is scheduled to be operational by June 2021. It will be located in close proximity to the current mortuary and will also contain improved ventilation in its storage facilities.
14 spaces for body storage and four postmortem tables are part of the plans for the new mortuary. The current building held six spaces until last month when seven mobile refrigeration units were added to help ease concerns about the dilapidated mortuary.
The funding comes following controversy surrounding conditions there after a letter written by four consultant pathologists was leaked.
They had criticised the poor condition of the mortuary storage and refrigeration facilities, saying dead bodies had been left lying on trolleys at the hospital, leaking bodily fluids onto corridors and making closed-coffin funerals unavoidable at times.
Other letters which came to light in the weeks following the publication of that first letter included a second letter written by the consultants in March of this year which said that bodies had to be stored on the floor of the mortuary.
Another damning letter revealed was that by a senior executive in the South South West Hospital Group who told the HSE last summer that the Waterford mortuary was not “a suitable environment” for the dead and that the “working conditions for staff are not acceptable”.
Waterford Sinn Féin TD David Cullinane welcomed the funding while noting that it is “years overdue”, and added that it was “unfortunate that it took the recent scandal to move things forward – a scandal that caused extreme anxiety for the families concerned”.
According to correspondence he received from the HSE, construction is not expected to be complete late March 2021. “This is not ideal to say the least – the issues affecting the mortuary are real and immediate,” he said.
“Nonetheless, this is progress and will strengthen services in Waterford and the wider southeast.”