Home » Local News » Over €1m in funding for Dunmore Harbour

Over €1m in funding for Dunmore Harbour

Minister of State Paudie Coffey has welcomed news from his colleague, Marine Minister Simon Coveney TD that he has allocated in excess of €1 million for Dunmore East Harbour. Minister Coffey said that this funding will build on the significant capital investment that has gone into the village in recent years.
“This announcement will see €700,000 invested in upgrades at the Harbour Office and there has been €200,000 allocated for the upgrade of the West Wharf,” said Minister Coffey.
“I have been contacted by a number of constituents in recent times about the need for the development of the Breakwater; I am pleased to confirm that €160,000 has been allocated for a design report for this development.” 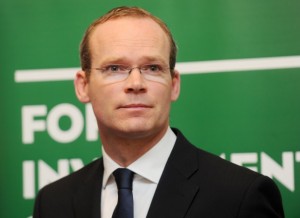 Minister Coffey added: “Minister Coveney has also allocated €100,000 for the re-surfacing of the road at the Harbour. These investments follow on from the upgrading of the Wharf, the development of the new Slipway and the dredging of the Harbour; all of these investments have increased the use of the Harbour and boosted business in the village.
“If I am re-elected in the coming weeks, it is my ambition to serve at the highest levels of government and I will continue to fight for and deliver funding for Dunmore East and the wider community so that we can continue to develop and prosper over the coming years.”