“Dig deep within yourself, for there is a fountain of goodness ever ready to flow if you will keep digging.” – Marcus Aurelius
Christmas throws up so many emotions, from either end of the spectrum. While we’ll revel in the wide eyed joy that children bring to the Festive Season, us grown-ups will take stock and draw breath when leaving a wreath at the grave of a loved one.
The ‘busy-ness’ of life can be overwhelming, particularly at this time of year, when convention tells us there’s ‘so much to do’.
But life itself, from one end of the year to the other can be so much more overwhelming than getting that last present wrapped or making sure everyone has got their second round of turkey sandwiches in. And there’s no disputing that this time of year leads to heightened levels of polarising sentiment.
Yet the good news is that there’s more help out there than ever before, be it via a phone line, through an email or even face to face, in a quiet, non-judgemental atmosphere.
And that help can make today a little more bearable than yesterday, and slowly but surely give you more belief about the brightness that tomorrow can bring. Enda O’Doherty told me as much while sat at his kitchen table on Thursday night, when pointing out that no-one living in Ireland today is more than 50 miles away from a Pieta House.
“Our message over the last three years, through the washing machine ‘adventures’, from carrying it between Belfast and Waterford and taking it up Mount Kilimanjaro, has been all about sharing the load and asking for help,” he said. 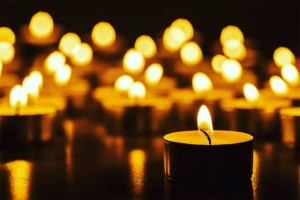 Sharing the load is a catchy tagline, no doubt, but it’s also one worth paying attention to.

“And if you do need help, you can ring 1800-247-247 or if you’re in Kilkenny, there’s the fantastic Teach Tom, there’s the Samaritans too; so many people who are there to help you and to listen if you have a problem, if you want to share the load. When we say ‘Happy Christmas’, it’s fair to say that we mean what we say, that we want Christmas to be an enjoyable time for as many people as possible, but I think a lot of people find Christmas very tough: It’s a time when a lot of us remember family and friends that we may have lost through illness or might have even lost them to suicide.”
Ends said Christmas can prove “the perfect storm for negative mental health”. He explained: “You probably end up spending too much money, and even when you’ve spent that money, you probably feel guilty that you didn’t spend more, or you wish you had more to spend on your family, so that means financial pressure for some people. The Christmas holidays come along, and you might end up staying up the first night and watching a box set, and then you might do the same thing the next night and you find yourself staying up later and later and later and the next morning, you’re up later and your whole sleep pattern has been disturbed.
“Maybe factor in then that you’re with your extended family in the house and you might love them dearly but the thoughts of spending two days with the RTE Guide getting pulled from one side of the sitting room to the other can be stressful, and then of course you’ve got the food.”
Citing the advice of nutritionist Jemma Kehoe, Enda stated: “if you eat rubbish, you’ll feel rubbish and let’s face it, Christmas for a lot of us is about turkey sandwiches, a few Quality Street on the side and other crazy good combinations. It’s more grazing than eating. So you throw in all those factors I’ve mentioned there and it’s a reminder than this isn’t a typical time of the year whatsoever. And of course, being Ireland, there’s alcohol to throw into the mix as well, and drinking a lot is not going to solve your problems: if anything it’s going to magnify them. And then on top of all that, going back to what I said initially, the loss of family or friends can make it a really difficult time for people. There’s a lot going on, so I’d say to people: be kind to yourself, try to keep some kind of a routine. Definitely celebrate: we all need that extra spoon of trifle after a long year but you have to take the time to invest in yourself, to invest in your mental health and if you are having a tough time, then reach out, share the load and ask for help. There are so many good people out there who want to help you; I’m speaking from personal experience here, a problem shared really is a problem halved and your life will improve.”
Ireland has taken some massive social strides in recent years: voting for marriage equality was proof of that. And while the Eighth Amendment is likely to generate divisive debate over the next six months, it’s a debate which has to be had, and it’s particularly pointed for those aged 52 and under who’ve never had a chance to vote on the issue.
The coverage devoted in print and on air in relation to mental health, suicide and suicidal ideation has also revealed that we retain a great level of compassion and empathy, and be one a person of faith or otherwise, it’s fair to say that without compassion, civic society would cease.
So enjoy Christmas. Spoil those you love and care for, but never forget to take time and be kind to yourself. And, if you need to, share the load.
You can call Pieta House on 1800-247-247, Teach Tom on 056-7796592
or the Samaritans on 116-123.