Home » Local News » Shining a Light on our Dark Past

Shining a Light on our Dark Past

“Ireland imprisoned or incarcerated one per cent of its population during the 20th Century,” UCD’s Katherine O’Connell told a slack jawed audience at WIT’s College Street Chapel on Friday last. “More than any other country in the last century. More than Soviet Russia.” Dr O’Connell was among the keynote speakers at the launch of the Justice For Magdalenes Research (JFMR) Archive and searchable database, which took place on a campus which, until 1982, operated as a Magdalene Laundry.
I’ve rarely spent two such worthwhile hours in my adult life, let alone my professional existence, listening to how Dr O’Connell, along with JMFR’s Claire McGettrick continue to fly the flag for thousands of women and children who were denied their rights as Irish citizens. The great shame of Friday last is that more people weren’t in attendance to learn more about this appalling stain in Irish history (as well as our industrial schools’ legacy), something we were never told about in schools under the patronage of the Catholic Church.
We weren’t told about the so-called ‘penitent’ women who endured life, enclosed behind high walls, nor the children they ‘sinfully’ bore. 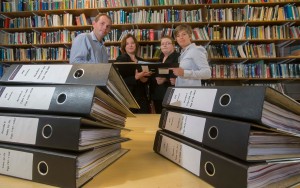 Like the mentally ill and the disabled, and for almost 60-plus years following independence, these laundries operated without too much public eyebrow raising. Sure who gave a damn about Ireland’s ‘fallen’ women, whose most egregious sin was pregnancy outside of wedlock? Of course. quite what became of the men who were party to these pregnancies will never be fully ascertained or catalogued, one suspects.
And then there were the governing classes, who for too long kowtowed to Rome and its hierarchal representatives on this island and turned a blind eye to women and children who were denied a normal life. Who were denied a formal education. Who were denied the opportunity to develop careers and live out their lives the way most of us have.
We do not have to look to foreign shores when it comes to human rights abuses, and our historic default setting, blame the British, doesn’t apply here, given that successive Irish governments allowed these laundries, mostly founded in 1860 to operate throughout most of the following century.
Some 10,000 women and children were effectively subjected to slavery in this country, working for free, many of whom came forward to disclose the physical punishment they were also subjected to. And while the State, through then Taoiseach Enda Kenny formally apologised to the ‘Maggies’, the women and children imprisoned in these institutions, in 2013, that was far from the end of the story. And that’s why the archive launched on Friday last, a collaboration between WIT and JFMR, ought to become a resource through which people unaffected by the laundries’ legacy, should make themselves aware of the suffering this State colluded in facilitating for far too long.
“One of the perks of being an academic is that you get to not only teach students and research, but you get to meet other academics, people who are interested in serving and making knowledge available, such as Kieran (Cronin, WIT’s Librarian),” said Katherine O’Connell. “We teach students about the relationship between knowledge and power and I think most of us here, even if you’ve never been in a lecture theatre, know that innate sense: that to actually know something is in itself a power. To have knowledge is a way of beginning to insert your experience and your agency into the world.” And we can all empower ourselves if armed with just some of the detail now readily available across 3,700-plus pages of meticulously archived documentation, including JFM’s 2012 submission to the Government titled ‘State Involvement with the Magdalene Laundries’.
Fellow speaker Claire McGettrick, who co-founded the Justice For Magdalenes group, said the archive would “shine a lot of light in dark corners”.
JFM, a volunteer-run, not for profit advocacy group, was founded in 2003 following the exhumations of 155 bodies (all women, of course) from the Magdalene Laundry plot at High Park in Drumcondra.
Its political campaign began in 2009 when Professor Jim Smith came on board, sharing with the group the evidence he had complied in the course of his research regarding the laundries, a vital component in their aforementioned 2012 submission. This in turn led to Katherine O’Donnell’s involvement, the subsequent State apology and ultimately led to the establishment of JFMR in 2013, which aims “to provide education to the public through further research of the laundries” while also supporting survivors of the laundries and their families.
Remarkably, none of the 796 pages of survivor testimony submitted by JFM to then Senator Martin McAleese for his report into the State’s involvement in the running of the laundries, “made their way into the final report”. The physical abuse and maltreatment noted by survivors wasn’t fully investigated either, in Ms McGettrick’s view, which suggests the actions needed to follow Enda Kenny’s words have yet to materialise.
Why do we choose to drag and scorch vulnerable people in this country on return trips over hot coals? And when you consider the reality of Direct Provision in 2018, it would appear that the sitting government has learned nothing from past administrations which ignored the women and children imprisoned behind high walls and locked gates.
Adequate compensation is the least the surviving women of these disgusting laundries deserve. And this remarkable online resource heartily illustrates why their fight for meaningful, compassionate justice simply must go on.
For more information, please visit www.wit.ie/JFMR