THAT so many people in the public eye have come forward with their personal accounts of mental ill-health, depression and suicidal ideation has,I suspect, saved a few lives.The notion that a healthy bank account, celebrity and a mass social media followings all you need to safely paddle through life is wildly misplaced.Depression is an indiscriminate thief. Like all illnesses,it cannot decipher if you’re wealthy. Nor does it take account for your sharing a life with a partner or spouse or whether you are responsible for a son or daughter.No-one chooses to be depressed. At its very worst, as anyone diagnosed with bipolar disorder will know all too well,it can flush hope out of your system, rendering minutes like seconds, seconds like hours and hours like an enduring,hellish eternity. 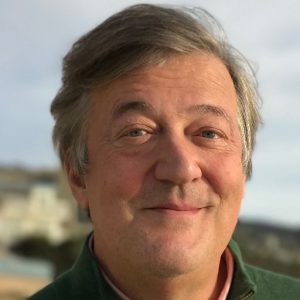 When we receive bad news,that appalling wrenching feeling in one’s gut can initially linger, but most of us are fortunate enough to know that such a feeling will pass. We know that the sun will shine again. A person with depression is not so fortunate. The darkest light will linger too long before the dawn eventually
breaks.Sadly, depression’s grip means many of us do not get a chance to see the sun rise again,and that particularly applies to Irishmen, who accounted for almost 80 per cent of the 392 suicides registered in the State in 2017, according to the Central Statistics Office.
During a festive chat with a lifelong friend, I learned of a mutual acquaintance’s suicide
attempt. It left me utterly stumped.Life had taken a few unexpected turns for him in adulthood and had clearly left him thinking there was no choice left but to end it all. Thankfully,he’s still among us, and getting on with life now as best he can but it may be sometime, if ever, before he’s out of the woods and feeling good about himself. I can only hope that such a reawakening comes his way very, very soon.The notion that someone living in such a fog can just‘snap out of it’ is as wildly misplaced as hoping that someone with a drinking problem will never, ever drink again.Just as a confessed alcoholic will always retain such a status even through decades of sobriety,some people will never fully escape depression or poor mental health.
But neither the alcoholic or depressive ought to be primarily assessed by their condition,nor, where it is at all possible,should they be deemed prisoners to their respective illnesses. Support systems can help in such instances,in addition to the conditions of an individual’s life being improved by professional and, when required, medical means.However, I feel that some of the contemporary mental health narrative runs the risk of missing a truly fundamental point: “it’s okay to not beokay” has become a heavily used slogan in recent years.And while I appreciate where the spirit of such a tagline,it’s certainly not okay to not be okay for an undetermined period. And that’s where resilience,and its championing,needs to play a greater role in future public awareness campaigns about mental wellbeing.
The greatest obstacle most of us encounter on a daily basis is the reflection in the mirror
every morning.If, at the very least, you can make that call while brushing your teeth, the chances are
you’ll find a way to negotiate along day at work, the meeting with the solicitor about your separation, the chat with the Credit Union about getting a loan extended, etc.If you’re up every morning and you’re functioning amidst one’s own personal hellfire,then you’re literally working your way towards a resolution of even the most enduring obstacles one has to clear in life.
Some people, even if unwittingly maintaining the most routine of activities, create the means to endure withoutr esorting to a prescription or listening to a celebrity charging a few grand a pop in a function room about how he/she got through their struggle.By the way, if the latter works for some audience members, that’s great, it might be the best outlay they’ve ever made, but if you’re one of 2,000 people in a theatre or conference centre, one wonders how Damascene such an experience that can ever truly be.
But the hard, initial yards in the path to wellbeing will probably be borne by parents,guardians and those teachers who retain the true vocational spirit of their post, particularly in this era of online bullying
and body shaming.Those that quietly pick up the pieces without any clamour for acclamation, who save the lives of young adults in so doing, are unlikely to make a People of the Year shortlist.They’re unlikely to go public with their stories.
Why? Because just like the person who keeps going day in, day out, a great deal of the time they’ve no idea just how brilliant a role they are playing, one that extends well beyond any professional brief or salary scale. Theirs is a silent heroism.As we face into a New Year,those silent heroes will continue
their incredible work.Many facing huge difficulties will plough on despite personal
adversities. They’re winning by enduring. Those who cannot should never shy
away from a helping hand,nor should we ever shun them,because there is always an alternative to the permanent end game. “It’s okay not to ” simply isn’t enough.Yes, life can be an endurance test, but it can get better. Stick with it. Anticipate the sunlight. Trust me on that