Thursday morning. The gurgling Clodagh is careering beneath King John’s Bridge in Curraghmore, flowing from Clonea, bound for Portlaw.
The aged Norway Spruces, Japanese Larches, Beeches, Firs and Oaks, along with the mighty Sitka Spruce – once Ireland’s tallest tree – are motionless due to the day’s stunning stillness.
The sun has broken through the clouds and life, when strolling across that bridge and onto the River Walk, featured a calm it has lacked for quite some time. It’s a calm I must seek out and retreat into more regularly.
Curraghmore is a truly astounding place. What a playground my siblings and cousins had during childhood. Heaven on Earth. And I revelled upon taking it all in again, not so much anew, but with a fresh focus. Adulthood lends itself to such re-evaluation. About the things that matter. The things that really, truly matter. 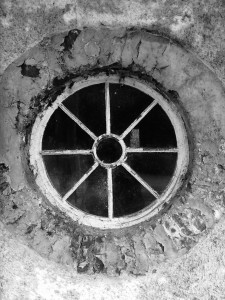 Curraghmore has been a huge part of my family’s life for over 70 years. My paternal grandparents, Kit and Jimmy, made their home here, initially on Tower Hill, in the wake of World War II, both having spent time in London during the Blitz.
My father, Johnny and his two sisters, Noreen and Kathleen, were born there, Dad being the baby of the trio.
Grandad spent near on 40 years working as a shepherd in Curraghmore Estate. “He sheared sheep as if he was playing a musical instrument,” a friend of my father’s told me over a pint last week.
This new description was a wonderful revelation to me, some 28 years since Grandad’s passing, during a week of high emotion and many reminisces.
Grandad was a genial carpenter, crafting and fitting out the family furniture himself for as long as he had the brawn to muster it.
That manual dexterity was handed down to my Dad, and in turn to one of my brothers, who garnered great knowledge himself from Grandad over 30 years ago, assembling and disassembling bits and pieces together in equal measure. To this day, he can turn his hand to anything: it’s a skill I must confess to envying.
Jimmy loved both dogs and the great outdoors, and in each respect, Dad followed his father’s lead. Curraghmore was the place he knew and loved best. It was home throughout his life. Give him an open space and a dog to run and one could vouch for his happiness.
The only facet of life to equal that level of contentment in later years would be the company of his 11 grandchildren, each of whom he adored.
Dad was always big on making time for people, and that’s something all six of us have always taken into consideration, as individuals and parents alike.
And, no doubt, had another sibling of ours lived into adulthood (his anniversary occurs this week) he too would have done his bit on both domestic and community fronts. My parents and grandparents would have expected nothing else.
Thursday’s walk took in not only the first place we knew as home – a picture postcard cottage in Sallyhene, just outside the Curraghmore Estate Wall – but Ivy Cottage, where my Dad lived with Granny and Grandad in his young adulthood and during the initial months of marriage to my Mother.
Today, it is a shadow of the place that once it was. The living room and kitchen windows are boarded up and there’s a pane of glass missing from one of the unique wheeled windows that feature on its front porch.
The chimney flues are conspicuous by their absence and the interior is largely bare, although the stove and fireplaces are still intact. The ceiling in what was my Dad’s room has partly fallen in while the carpet in my Granny’s bedroom has somehow spanned the 19 years since she moved on to the great hereafter.
Four Keyes Leaving Certificates were largely prepared for from the foot of my Grandmother’s bed, mine included.
Granny somehow lived on tea, flat 7-Up, toast, brown bread – and Sweet Afton – for over 35 years. She was wise, funny, gracious and utterly iron-willed. An absolute marvel.
It did not feel sad to walk once more beneath the roof of Ivy Cottage, save for its current visage, which while of course regrettable, is hardly irreparable.
But there are bigger fish that, for now, need frying on an Estate which the wider world has been introduced to over the past year or so – and not before time.
This unusually designed building – it bears the look of two blueprints pleasantly colliding into each other during construction – features a living room, kitchen and bathroom on one level, a sitting room and bedroom up three steps on the second level, and two more bedrooms up three further steps on its third level.
I lived here for three years as a teenager, walking, running and cycling from one end of the Estate to the other, feeding clumps of carrots to horses out of my hand on Sunday mornings. In many ways, Curraghmore was my first love, and the only feeling that’s ever exceeded the joy of being part of this place since childhood has been to look into my own child’s eyes.
And she too has seen the mighty spruces, the sloshing Clodagh, the courtyard, the farmyard, the pond, Tower Hill, Ivy Cottage and Sallyhene, places intrinsically linked to our particular branch on the larger Keyes tree.
The places you love never truly leave you. Just like the people. I shall embrace those thoughts as I so often did my dear Dad for all the walks across John’s Bridge I hope remain in front of me. For the past need not remain foreign.