The Enduring Legacy of a Great Irish Man

John Hume has spent most of the past two months in hospital, his son John Jnr told the Saint Michael’s Theatre audience in New Ross on the opening night of the recently held Kennedy Summer School. “He has advanced stage dementia,” said John Jnr following a screening of Maurice Fitzpatrick’s compelling and meticulously researched film, ‘In The Name of Peace: John Hume in America’.
“My father had one of the finest political minds in the country (and anywhere else for that matter) but he’s now sadly reached a stage where he was very little recollection of the great deeds he achieved during his political career. But the form (in hospital) is good – he’s bounced back. And while he’ll never be the same man he was, my father doesn’t give up easily and we’ll have him around for a little while yet.” And while this closing comment justly earned applause from the St Michael’s audience, the sadness in the room was palpable in that moment.
John Hume, a man who turned 80 as Fitzpatrick finalised this exhaustive, methodical documentary, proves a voiceless contemporary presence in the piece, the closing shots of which reference his illness in text alone while he walks away from the camera. 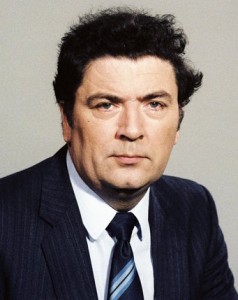 But this film represents, as others have noted, a fitting monument to Hume, whose illness has robbed both his family and his country of an articulate, brilliant and compassionate man.
And this documentary ought to ensure that future generations will retain a grasp of what John Hume made possible: in building trust between Nationalists and Unionists, in selling the message of reconciliation to powerbrokers in Washington, in talking with Gerry Adams, and how both Dublin and London acknowledged his message. He may not have been the greatest negotiator – Seamus Mallon is widely considered to have held that mantle within SDLP circles – but John Hume was the mesh that bound the ‘strands’ of what became the peace process together. He was a man, whom Mallon notes in the film, clearly “had something big to do”. Fitzpatrick references a two-part opinion piece which John Hume, then a 27-year-old schoolteacher, contributed to The Irish Times in 1964. It remains a remarkable read. That its opening lines note the “great social problems of housing, unemployment and emigration” of the time rings eerily 54 years later in a Republic where the profit margin has subsumed the common good when it comes to housing. In the piece, Hume stresses the need for Catholics to “recognise that the Protestant tradition in the North is as strong and as legitimate as our own. Such recognition is our first step towards better relations. We must be prepared to accept this and to realise that the fact that a man wishes Northern Ireland to remain part of the United Kingdom does not necessarily make him a bigot or a discriminator.”
In the context of Brexit, and the appalling disregard that London has shown for the majority of voters in Northern Ireland, now is the time for any self-professed Nationalist/Republican to articulate to Unionism that an agreed, united Ireland will not be based on ‘us’ beating ‘them’. We in the Republic should not consider ‘Amhrán na bhFiann’ and even Meagher’s Tricolour, despite its creator’s original intent, as locked-in future impositions upon those who consider themselves British while retaining the right to hold both British and Irish passports.
A united Ireland cannot manifest itself by means of the conquered becoming the conqueror. As former Taoiseach Brian Cowen stated during the Q&A session at St Michael’s Theatre: “The great genius of (John) Hume was his belief that you couldn’t replace orange supremacy with green supremacy.”
Logic, free of ideology, dictates that a 32-county state makes sense. As journalist Robert Fisk notes in Fitzpatrick’s film, John Hume realised that “there must be a future as well as a past”.
And if an agreed future, beyond the madness of Brexit, beyond the stasis in Stormont and beyond the weakly mandated governments currently ensconced on both sides of the Irish Sea, can be maturely discussed, to do so must involve a decommissioning of symbolic hang-ups. Writing in 1964 (illustrating that he was also a man ahead of his time), John Hume said that Catholics in Northern Ireland had to accept the (then) constitutional position. “It is clear also that this is the only way in which a truly United Ireland (with the Northern Protestant integrated) can be achieved. Who can conceive a prosperous North attached to either London or Dublin without the Northern Protestant? If the whole Northern community gets seriously to work on its problems, the Unionists bogeys about Catholics and a Republic will, through better understanding, disappear. It will, of course, take a long-time.”
Indeed it will, but the spirit of John Hume’s message, written prior to the Civil Rights marches, the appalling sectarian conflict, Sunningdale, Good Friday and the current quagmire, remains integral and worth adhering to. Perhaps Brexit will ultimately accelerate the process that will, I believe, inevitably lead to a 32-county Irish State, with its primary parliament retained in Dublin and an constitutionally agreed assembly operating in Belfast. But it will not be agreed without dialogue, mutual respect and compromise: the Hume Principles, if you will.
“Peace without reconciliation isn’t very sustainable,” Brian Cowen told the New Ross audience, speaking with a passion, eloquence and wisdom which, from the public’s perspective, didn’t surface too regularly during his three years as Taoiseach. The pragmatism, patience and common sense that were his career-long hallmarks underline for me why there was no greater Irishman over the course of the 20th Century than John Hume. And there is no doubting my belief that politics on both sides of the border would benefit from Hume’s genius in this uncertain present. And what a President he would have been.