Scepticism about whether or not Technological University (TU) status will prove a meaningful upgrade for any existing Institute of Technology (IoT) is natural in these parts when one considers the history of Waterford IT (WIT).And it’s worth recalling that this couplet of words is not entirely new within the Irish educational context.As Richard Thorn details in the minutely researched and tightly written book, ‘No Artificial Limits: Ireland’s Regional Technical Colleges’, the notion of a ‘Technological University’ was mooted in 1986, when the then government was considering the future status of the National Institutes for Higher Education (NIHE) in Limerick (now UL) and Dublin (now DCU). 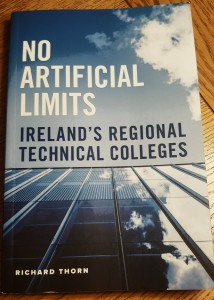 That both instead became fully-fledged universities has, no doubt, not been lost on those commentators and in-house academics who have justly identified the significance of strong political patronage in the pursuit and delivery of enhanced, regional third level offerings.Had this city and county possessed a politician with levers consistently operating just yards from any Taoiseach’s office over the past 30-plus years, the University of Waterford would be  well in play and thoroughly embedded by now.As for what a TU will actually be, the Government’s National Strategy for Higher Education provides the following definition: “A technological university will have a systematic focus on the preparation of graduates for complex professional roles in a changing technological world. It will advance knowledge through research and scholarship and disseminate this knowledge to meet the needs of society and enterprise. It will have particular regard to the needs of the region in which the university is located.”
Yet in Richard Thorn’s penultimate chapter, he writes: “A ‘perfect storm’ of financial austerity and policy implementation has exposed fault lines in many institutes of technology, and led to a situation in which belief in the institutes on the part of officialdom is diminished – as one interviewee put it, ‘a contagion effect has emerged amongst officialdom that something is not right with the IoTs’. A substantial number of institutes are on the brink of financial collapse, the technological university project is mired in the political process, and short-termism prevails at the highest levels in many of the institutes. For a set of institutions of such vital importance to the regions and to the economy, such a situation is not desirable.”
And given Richard Thorn’s experience within higher education both at home and abroad (he’s President Emeritus of IT Sligo), his practical knowledge regarding how things work (or aren’t working) within the IoT system, is worthy of consideration.His sentiment on the TU process being mired by politics is impossible to discount, nor does he mince his words when it comes to the need for the Institutes themselves, in addition to the State, to address existential and financial issues alike.
And the local hesitancy that certainly exists when it comes to embracing the TU bid isn’t exclusively borne from tribal considerations, in my view.As Richard Thorn notes, the process by which Waterford Regional Technical College became WIT provides us with a relatively recent historical footnote: we’ve had skin in this particular game before, and that skin got toasty.In an interview with former Education Minister Niamh Bhreathnach, the author asked: “Did you know…that if you announced Waterford, that there’d be a knock-on effect,” to which she replied: “Yes I did.”
In the Dáil on January 23rd, 1997, two days after the Irish Times reported on WRTC’s imminent retitling, Ms Bhreathnach told then Cork TD Joe Walsh: “I am concerned that the announcement about Waterford, which took into account not only the status and achievements of the college, but also the specific higher education needs in the south-east region, has been interpreted as in some way diminishing the status of Cork regional technical college. This is not the case.”The perceived “slight” on Cork RTC, situated just a few miles from University College Cork, let’s not forget, didn’t go away, and almost certainly forced the Minister’s hand into establishing a committee to advise on the ‘Technological Sector’.
Of that group, Thorn notes, two members, Sean McDonagh and Danny O’Hare, performed a data analysis of the country’s RTCs using the following assumption: “(the) more degree work you had the more you were like an institute and the less…you had…the more you were an RTC.”The level of PhD output in recent years at WIT, as referenced to me on more than one occasion by lecturer Dr Ray Griffin, immediately sprung to mind, and made the RTC/IoT debate of 20 years ago wholly relevant to the ongoing IoT/TU debate.
The McDonagh/O’Hare analysis concluded: “There wasn’t a case for different signs outside the door. There were big differences…different strengths in different places but there wasn’t a clear case that there’s something totally different here.”This judgement, according to Richard Thorn, left the group with “no choice but to recommend ‘That each college be redesignated with the common feature Institute of Technology in its title.’”Come June 1997, a month after WIT officially came into being, a change of government saw Bertie Ahern elected as Taoiseach, with Cork’s Micheál Martin appointed as Education Minister and to nobody’s surprise, five months later, Cork RTC became Cork IT, with the remaining RTCs all granted IoT status in January 1998.
Thus, Waterford IT’s upgrade, while not made completely meaningless, had nonetheless been effectively eroded in just five months thanks to the nature of politics.Twenty-one years later, the Steering Group driving the development of a Technological University of the South East believes its regional dimension will create a “communal bond and support the drive for growth in a coherent and supportive way across the region”.Well, let’s hope that proves to be the case, therefore providing Richard Thorn with fresh material for a future reprint of his thoroughly recommended tome.