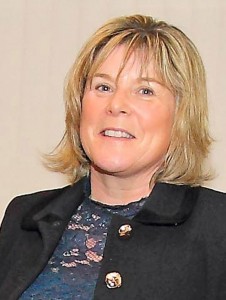 Fianna Fáil TD Mary Butler has spoken of her horror at the ‘scandalous’ jump in the number of patients on trolleys in University Hospital Waterford over the past two years.
Deputy Butler was commenting following the publication of yearly trolley figures from the Irish Nurses and Midwives Organisation.
“Between November 2014 and November 2016, the number of people who were left on trolleys waiting for a hospital bed rose by 169 per cent from 153 to 412.”
“This trend in rising trolley numbers must be stopped. Minister Harris’ much flaunted Winter Initiative was clearly too little, too late, and has done very little to rectify the national trolley crisis.”
Deputy Butler added: “Fifteen additional beds were promised to UHW as part of the Winter Initiative, yet they never materialised as no extra nurses were provided to staff them. To make matters worse, 10 beds were closed only 10 weeks ago. So now instead of having an additional 25 beds, the people of Waterford, and the whole South East, are 25 beds short of what was promised.
“The health system is failing patients by leaving them on trolleys. There’s no two ways about it. Instead of sneaking in and out of the hospital on his recent visit, Minister Harris should have publicly addressed the challenges facing the hospital.”
Mary Butler concluded: “Too many people in our community are not receiving the best possible treatment by being kept on trolleys in our hospitals. It’s time for action, rather than empty promises.”