University ambition 'kicked down the road' 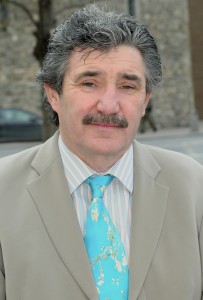 Independent TD John Halligan believes the university question for Waterford will be ‘kicked down the road’ until after the next general election.
Speaking to The Munster Express, Deputy Halligan claimed that “the Government had effectively taken this important issue off its agenda until they’re either in (office) again or out, which to me is unfortunate and unacceptable”.
He added: “This has been an election issue more than once with a whole host of TDs – Brendan Kenneally, Martin Cullen, Brian O’Shea and so on and here we are, in 2015, and we look no closer to seeing university status being delivered for Waterford and the south east. If anything, it feels further away than ever.”
Indications from Government, as opposed to clarity, is all that has been offered since the Waterford IT/IT Carlow merger application broke down last October, according to Deputy Halligan.