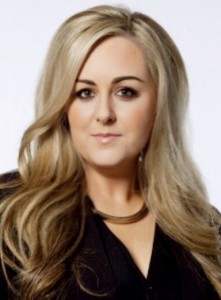 Zara King, UTV Ireland’s new South East Correspondent, says she wants to ‘unearth untold gems’ in the region and bring them to a national audience.
The station’s news coverage began last week to favourable reviews, with ‘Ireland Live’ broadcasting at 6:30pm and ‘Ireland Live at 10 (pm)’.
Zara (26) has already featured in the station’s news coverage and says it’s vital that the region has its own reporter.
“The south east, for far too long, has been missing from the national news agenda. It seems as though we only see the likes of Waterford, Wexford, Kilkenny, Carlow and South Tipp, when something tragic has happened like a suspicious death or massive jobs losses,” she explained.
“These stories must be reported on, and covered in great detail, but the South East has a lot more to say on national matters that also affect people’s daily lives here. Waterford City takes its place alongside Cork, Limerick and Galway as regional cities filled with great stories that just haven’t made the news for whatever reason. It’s my job to scratch the surface and unearth these untold gems.”
Zara, who is from the Dunmore Road, attended secondary school at Ursuline Convent and studied Journalism and Visual Media at Griffith College, Cork for three years before going on to do her final year at Griffith College, Dublin.