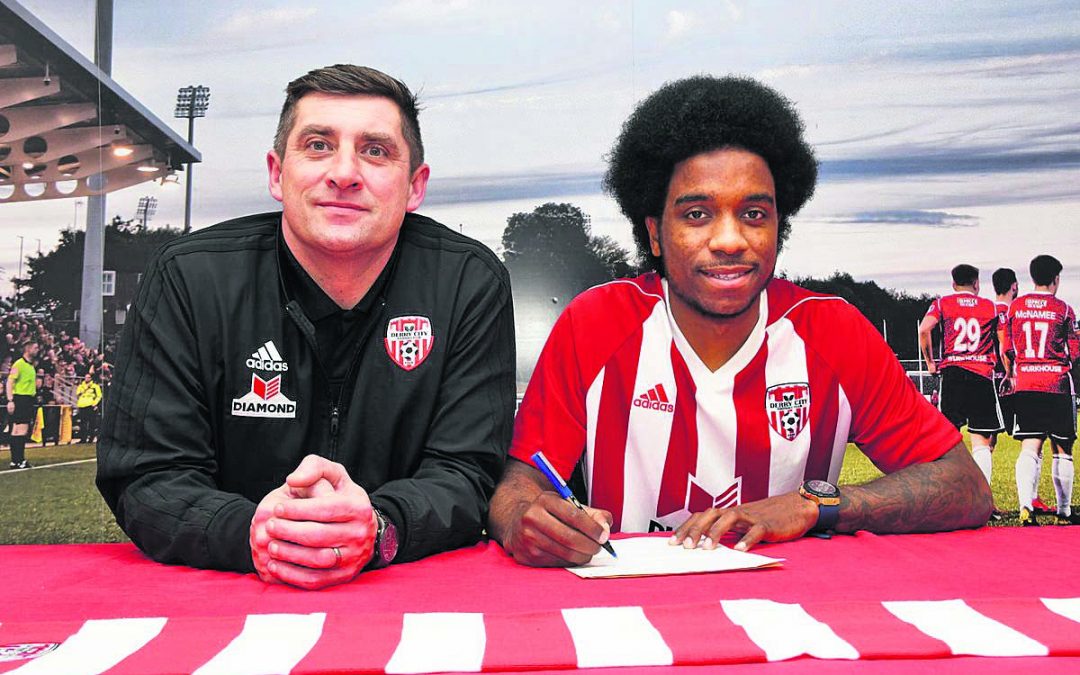 League of Ireland, Premier Division
(RSC, Friday, 7.45pm)
After two home defeats Waterford FC will hope to make it third time lucky when they take on Derry City at the RSC on Friday night. The games against Bohemians and Shamrock Rovers were bitter pills to swallow and it would be fair to say that anything that could go wrong did go wrong in those games. An OG in both contests, a red card and a conceded penalty were the order of the day rendering it nigh on impossible for the Blues to garner a result from both games.
The cancellation of last Saturday’s away match against Sligo Rovers due to Storm Jorge did not help matters as every game they play together will help them gel together so a lot of work will be done on the training ground this week ahead of the visit of Derry City.
Shamrock Rovers and Dundalk are setting the early pace and last Friday’s blistering match at the Tallaght Stadium between the two teams was a credit to the League of Ireland Premier League.
The Hoops came out on top against the Lilywhites in front of almost 8,000 spectators and the fact that the classic game was televised live by RTE was a massive and much needed boost for the domestic game. The goals scored by Jordan Flores (Dundalk) and Jack Byrne (Rovers) were a joy to behold and the two strikes will be watched over and over again not only by League of Ireland followers but also by football fans all over the world. 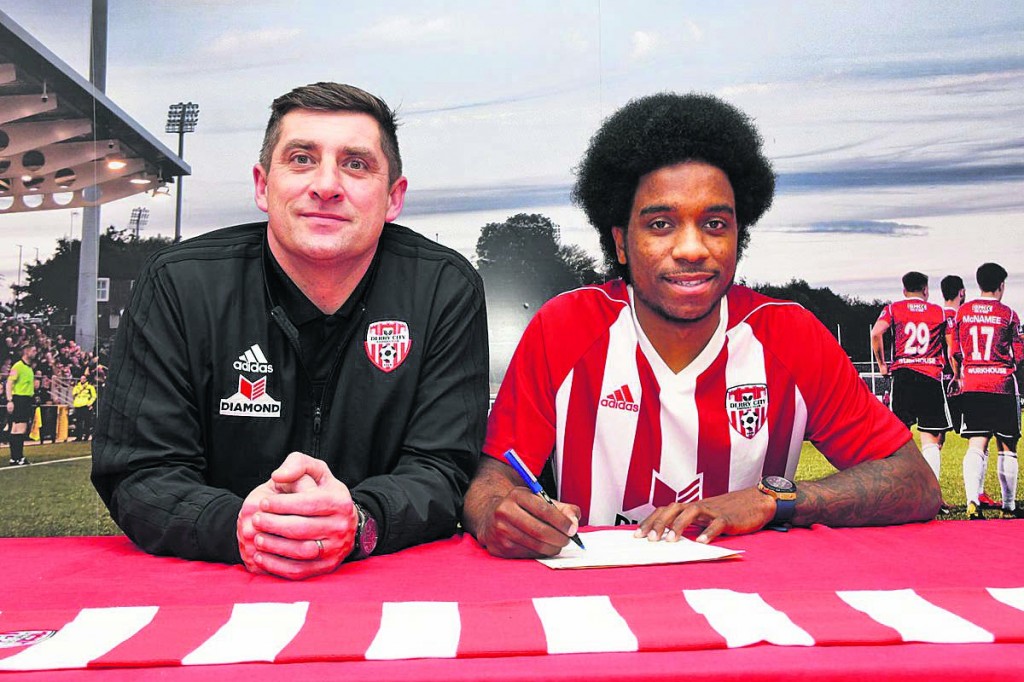 Walter Figueira who signed for Derry City from Waterford FC in the close season returns to the RSC on Friday night.

Dundalk and Shamrock Rovers have bought well due to their financial clout. Those two clubs spent the close season shopping in Harrods while the other eight clubs had to seek bargains in Euro Shops but that is the nature of the beast at the present time here in Ireland.
That said, Derry City had more cash to spend in those shops than the other seven.
Two clubs who had somewhat a chaotic close season were Waterford FC and Derry City. The Blues and the Candystripes lost some excellent players and as a result they had to shop around and bring in new guys and it would be fair to say that the players and the supporters of the two clubs have taken some time to adjust to one another.
Waterford of course were the first team to score a goal in the 2020 Premier League when Kevin O’Connor netted after 48 minutes in Richmond Park against St Patrick’s Athletic. His strike gave the Blues a 1-0 victory and the three points gained in Inchicore could prove to be absolutely vital at the season’s end.
Derry City have not exactly set the world alight since the outset of the current campaign. They lost their opening match away to Dundalk (1-0). They had to battle hard at the Ryan McBride Stadium to carve out a 1-1 draw with Finn Harps in their second outing. Their scheduled third match away to St Patrick’s Athletic was postponed as Richmond Park was flooded.
However, they came good at the Brandywell on Friday last when they defeated a Bohemians team who were flying high. Stephen Mallon, who is on a six-month loan deal from Sheffield United scored a cracking goal on 64 minutes and Walter Figueira, who signed from Waterford FC scored an equally good goal in stoppage time to secure a 2-0. Last season Derry had a top-class player called David Parkhouse, who was also on loan from Sheffield United and he made a habit of scoring against Waterford so hopefully Stephen Mallon won’t have the same idea this Friday. Walter Figueira played 11 games for the Blues last season and scored two goals. His first was on his debut against Derry City in the League Cup semi-final. Alan Reynolds charges found it a little difficult against Declan Devine’s men last term. Derry won 3-2 at the Brandywell on February 25th.
The two teams played out an exciting 2-2 draw at the RSC on April 22nd. Back at the Brandywell on July 29th the home side won 2-0. The Blues had to return to the Banks of the River Foyle for a third time on September 5th for the League Cup semi-final and which lost 4-2 after extra-time. The fifth and last meeting of the two clubs was on September 30th at the RSC and that match finished 1-1. At that stage the two teams were getting sick and tired of each other. Can Waterford FC win their first home game of the season this Friday? Can Waterford FC finally defeat Derry City at the sixth time of asking within the space of 13 months? It’s a double mission for the players if they chose to accept them and I am sure they will. Kick-off is at 7.45pm.