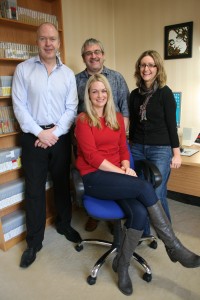 The Arts Council has pledged over €700,000 in funding to organisations and venues in Waterford this year.
Overall, six allocations were made in Waterford, with €237,000 for Spraoi, €170,000 for Garter Lane Arts Centre, €95,000 for Waterford Healing Arts Trust, €80,000 for the Waterford Theatre Royal Society, €80,000 for the Waterford City & County Council Arts Service and €50,000 for Waterford Youth Arts.
This compares to 18 allocations in Cork, 10 in Limerick, 15 in Galway and 82 in Dublin.
Spraoi is the major beneficiary from the local funding, retaining the same allocation as 2014.
Last year was a busy one for the company, from opening Waterford 1100 with Vadrefjorder to playing to 80,000 spectators during December in Cork.
Artistic Director Mike Leahy said 2015 is already shaping up to be another busy year for Spraoi, with work well underway on Saint Patrick’s Day events in several locations.
Spraoi Director TV Honan added that €237,000 was a significant sum for Waterford, reflecting Spraoi’s position as a national leader in street arts and spectacle.
“We are particularly pleased The Arts Council has noted Spraoi’s role in developing new and emerging talent,” Mr Honan continued.
“It signifies a vibrant organisation that constantly re-invents itself. It is important Munster Express readers understand this grant represents an element of Spraoi’s overall budget. It’s the combined support of sponsors, local authority, other agencies and the public that will ensure Waterford has a legitimate claim to being Ireland’s street arts capital.”
Despite attracting a record 100,000 to the city last August bank holiday weekend, Spraoi’s allocation didn’t come close to matching other festivals in the region, such as the €1.42 million funding for the Wexford Festival Opera or the €390,000 for the Kilkenny Arts Festival.
This year the Arts Council released its funding decisions via an interactive map on its website.
Most of the companies and organisations who received funding are based in the larger urban areas, while smaller arts organisations usually access funding through their local county council or local government offices.