Home » Local News » What a voice we have lost

What a voice we have lost 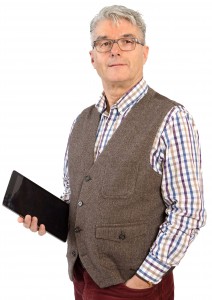 The late Billy McCarthy commanded respect. His professionalism was equalled by his decency.

“The most essential thing for a leader to have is the respect of those under his or her supervision. It starts with giving them respect. You must make it clear that you are working together. Those under your supervision are not working for you but with you. Those under your supervision are not working for you but with you, and you all have a common goal…
“You love your children, but you may not like some of the things they do. We are instructed, ‘Love thy neighbour as thyself’. That doesn’t mean we have to like everything our neighbour does. That has nothing to do with our love for them.
“You must have respect, which is a part of love, for those under your supervision. Then they will do what you ask and more. They’ll go the extra distance, make the extra effort in trying to accomplish the most they can within the framework of the team.
“If they don’t respect their leader, people just punch the clock in and out. There is no clock-watching when a leader has respect.” – John Wooden
Respect is a word I’ve always associated with Billy McCarthy, whom, jarringly and shockingly, we must now consider, speak and write of in the past tense. The late Billy McCarthy…how on Earth can this be?
Barely a month ago, I sat in the Deise AM studio with Billy to reflect on the shocking death of Munster Rugby’s Anthony Foley.
And I shall use the word ‘death’ throughout this column out of respect to Billy, who frequently recoiled on air whenever he caught sight of the phrase “passed away”.
Little did this columnist, or any of his colleagues at the Broadcast Centre know that barely a fortnight after this conversation, Billy himself would take ill, and succumb to his malady before most of us had even time to digest that he was in so grave a condition.
And now, to the disbelief of those who loved him, of those who worked with him for so many years and to the thousands of people who tuned his way five mornings a week, his remains will be laid to rest in Tramore this (Tuesday) afternoon. How on Earth can this be?
Billy was, without question, the Voice of Waterford. Through Deise AM, he was the chairperson of popular debate on the Waterford airwaves for the past 27 years.
All manner of opinion was facilitated between 10am and 12noon – including those with whom one could safely say Billy had complete philosophical disagreement with – and though some contributors in recent days referred to Billy as a “sparring partner”, he was respected by all.
By the way, such philosophical disagreements extended into the WLRfm offices (and parties!) with colleagues, as well as, for the past decade or more, his stablemates in Beat 102-103.
And, a great deal of the time, such exchanges were conducted with a great sense of fun: the glint in Billy’s eye was a bit of a giveaway on such occasions! Debating was one of his many domains, but Billy McCarthy always wore his intelligence lightly.
Billy’s faith remained a central tenet of his life after he left the priesthood and during a period in which secularism has become the journalistic orthodoxy in both print and the airwaves, he never shied from discussing Christianity, Catholicism or religion. But again, he did so without resorting to heavy-handed diktats from the secure confines of a radio studio.
He offered a perspective on faith few of us have experienced given his training, taking the skills initially professed through homilies into our living rooms and factory floors, to enhance the level of public debate in Waterford. And on that basis alone, we’ll never produce another Billy McCarthy.
That Billy lived long enough to be a citizen of a Republic where marriage is a right to all is a comfort during these numb and shocking days.
For a man who rallied against injustice, I suspect honouring the Broadcasting Authority of Ireland’s guidelines on ensuring equal time to all sides of that particular debate must have stuck in his craw.
But he honoured those guidelines, because that’s what competent, professional broadcasters do. And he was that and so much more besides.
Billy was a true leader, and how I wish I could have traced the audio of a magnificent speech he delivered ahead of the recording of the TV3 ‘People’s Debate’ at the Tower Hotel in May 2015, just days before that historic referendum.
For me, it was his finest moment as a broadcaster. And if you were there, you’ll never forget the power of his delivery.
Saint Ignatius Loyola, the Jesuit founder of whom Pope Francis has been a lifelong admirer, is a man I am certain that Billy, both during and after his clerical life, drew great strength from. The following sentiment feels appropriate to share while a city and county comes to terms with the loss of one of its greatest sons.
“Take, Lord, and receive all my liberty, my memory, my understanding, and my entire will, all I have and call my own. You have given all to me. To you, Lord, I return it. Everything is yours; do with it what you will. Give me only your love and your grace, that is enough for me.”
Billy McCarthy gave his all to his loved ones, to his God, to his wonderful colleagues in WLRfm, and served this beautiful city and county with grace, a full heart, dignity and, above all else, respect. May the soil of his beloved Deise rest lightly upon him. Ní bheidh a leithéid ann arís.