When 'Kingo' met 'The Notorious'… 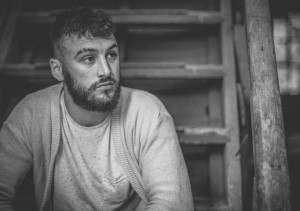 John Kinsella: a young Butlerstown man with a UFC (and life) plan

“Call me Kingo,” John Kinsella happily proffered just moments after we sat down to chat in Dooley’s Hotel on Tuesday last.
John (23) had attended the Waterford Disability Network’s Employability Conference that morning, during which he shared some of his own life story.
It was an extraordinary contribution, one which compelled me to learn more about the Butlerstown native – and John duly obliged!
Two missed busses to Dublin’s Straight Blast Gym later (more on that anon), we were still talking, and the chat continued long after I’d clicked off my dictaphone. Unbridled catharsis.
“I was on my way to the Straight Blast Gym this morning – I’ve been going up there for a month now – when I heard about this conference on the radio; my Dad was driving me to the bus at the time and he actually ‘shushed’ me and said ‘listen to this’. And so I decided to come into the conference and it’s been a real eye-opener.”
And when he addressed the gathering, John spoke with admirable frankness about his mental health difficulties, which he admitted he’s “still struggling with”.
“I’ve been diagnosed with Bipolar Disorder, depression and I’ve been tested for ADHD, clinical depression and Seasonal Affective Disorder – the SAD is pretty much self-diagnosed, but I’ve been coming around and seeing the other side, and by that I mean how to live as well as I can, and the gym has been a huge part of that. I’d go as far as saying it has changed my life.
“And since I’ve been going to the gym, I’ve also started a blog (via his Facebook page) called ‘Mental Health Fitness – You’ll Be Okay’ and it’s really after helping me; I know I’ve come on a lot.” And John’s next utterance revealed how far down the road he has ventured.
“Before the gym, I’d been in bed for six to seven months,” he added. “I couldn’t even leave the house. I’ve suffered from this a long time, and for a lot of that time, I didn’t even know what it was – you’re talking about since I was 12 years old, the whole way through secondary school, when the average lad has a lot going on anyway, let’s face it.
“I’d anxiety and other problems, but I just wasn’t fully aware of my problems. After school, I went to America, you’re talking 2012, and I was partying every day, and that’s when things came to a head. I had a manic episode due to my Bipolar; my brain was going to mush because I was drinking all the time…and by then I knew there was something wrong. I’d no inhibitions and loads of energy – I was turning into someone I knew I didn’t want to be.”
Having asked to be arrested by a policeman, cognisant that something had gone awry, John was placed in a psychiatric ward for a week, and when he returned home, the depression took hold.
“Stories about me being in a ‘nut house’ got back to me and I got really, really down. I must have spent six to eight months – over that winter – in bed, 17 to 18 hours a day in bed. Not leaving the house, not washing. Nothing. I couldn’t do anything.
“But come the summertime, I felt able to get out of the house and breathe fresh air again, but over the next two winters (prompting the SAD self-diagnosis), I was back indoors, back in bed again. And it’s terrifying.”
But the help of a friend helped John (who is also arthritic and has Crohn’s Disease) feel more at ease. Clouds started to lift.
“I owe her a lot, I’m forever in her debt; you wouldn’t believe the difference a 10 minute chat can make to someone suffering – and she helped me in so many ways. And if you know someone with a mental health problem and you’re not too sure how to help, just be there for them.”
A consultation with a psychiatrist, followed by medication, helped to lift John’s mood (“slightly at first”) and in the midst of this recovery, he began to message John Kavanagh of the Straight Blast Gym, the training hub of UFC star Conor ‘The Notorious’ McGregor.
“And from that, I’ve ended up going to the gym three times a week over the past month, and the training has been fantastic. Bear in mind I couldn’t walk up the road from my house for months on end, never mind get on a bus to Dublin, so to say that things have changed for the better is putting it mildly!
“And when I was up there, I opened up to John – Conor’s coach – and his sister Anne Mulligan, just like I’m talking to you, and the whole thing was very surreal to me.
“And then I met Conor. He sat with me and took part in one of my video blogs and has been incredibly encouraging, as have all the other guys in the fight team, including Paddy Holohan. And when you surround yourself with positive people, it makes you realise, do you know what, I’m not that bad!
“And the McGregor I’ve met? The guy you don’t really see on television? He’s a very nice guy, totally on the level, very approachable. He’s a confident guy, a very busy guy, but he makes time for people – he’s made time for me. And going to Straight Blast, starting the blog, even coming into this conference this morning, it’s all helped me find a different way to live.”
John Kinsella’s story is a work in progress. I for one am looking forward to the next chapter.