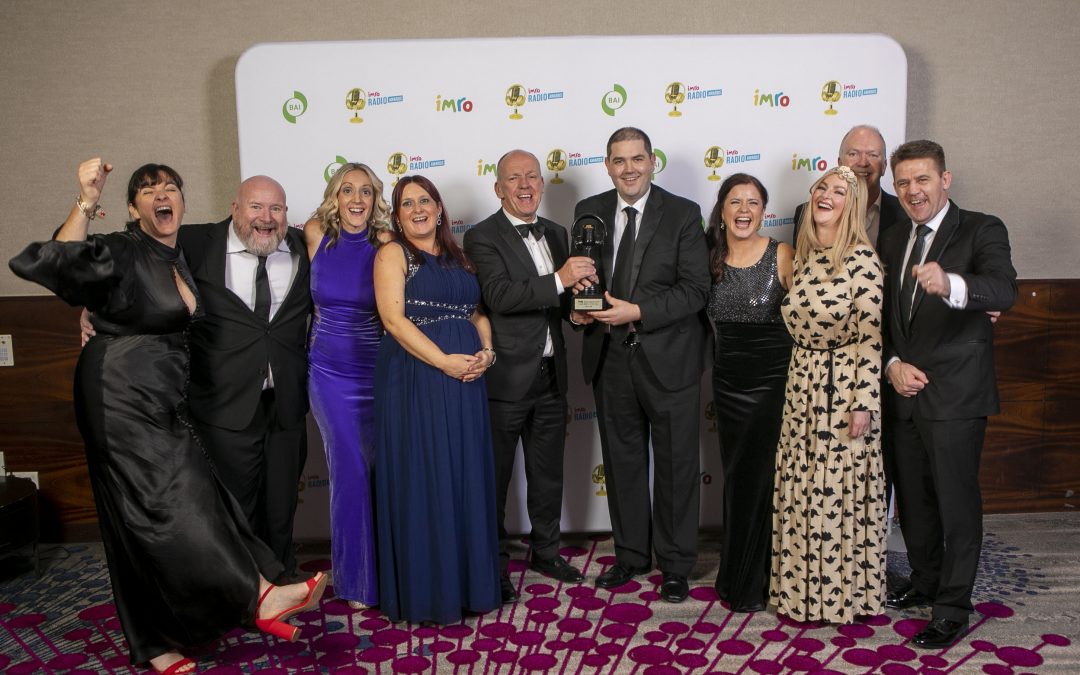 Champagne corks were popping in Kilkenny on Friday night last when WLR was announced as IMRO ‘Local Radio Station of the Year’ 2019.
WLR Managing Director Des Whelan said this was an award for everyone involved in the radio station.
“I am delighted that WLR FM was chosen as number one out of all the local stations in the 32 counties and particularly as this award is judged by our peers in the radio sector,” he said. 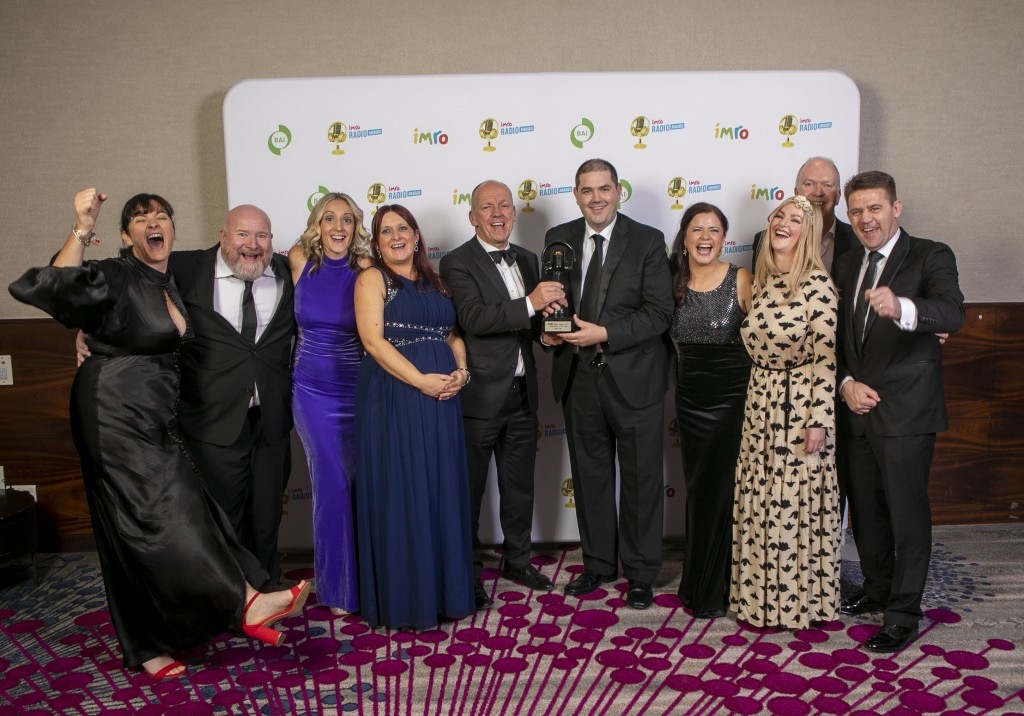 “This success also shows the commitment of our team, who daily produce the best radio in Ireland for our listeners in Waterford. We’re all delighted win this win!”
The winners of the IMRO Radio Awards 2019 were announced at a gala ceremony in The Lyrath Estate Hotel on Friday night last, where the red carpet was rolled out to welcome the cream of Irish radio.
WLR’s Programme Director Michael Byrne praised the staff for their commitment to making great radio. “The station is full of people who are passionate about radio and passionate about Waterford. This is a people business and without this team getting on so well together, this wouldn’t have been achieved,” he added.
This year saw ex-WLR man Paul Byrne inducted into the IMRO Awards Hall of Fame. Previous winners of this award include WLR’s Des Whelan and Billy McCarthy as well as Mícheal Ó Muircheartaigh, Jimmy Magee, Marian Finucane, Gay Byrne, Mario Rosenstock, Larry Gogan and Pat Kenny.
Speaking about the significance of the event, Chair of the IMRO Radio Awards committee, Tom McGuire said: “The IMRO Radio Awards is an important media milestone as it recognises the excellence of Irish radio; celebrates the contribution of broadcasters to the national conversation and for one night only brings together the nation’s stations.”
Michael O’Keefe, Chief Executive of BAI and Dungarvan man, meanwhile said the BAI is delighted to support the IMRO Radio Awards 2019.
“These recognise creativity and excellence in the Irish radio sector and highlight the impressive level of high-quality, culturally relevant radio content available to audiences in Ireland. The IMRO awards are highly regarded and coveted and the BAI congratulates all the winners,” he said.
On the night the Outstanding Achievement accolade was awarded to Beat 102-103 Chief Executive Officer, Gabrielle Cummins for her work on the Choose Radio initiative. Choose Radio comprises of all the radio sales houses – independent and RTÉ along with IBI and the Industry’s independent training network, Learning Waves. The various groups are working together to raise the profile of radio advertising.
Newstalk won national station of the year while BEAT 102103 picked up one silver award and three bronze awards on the night.
The Radio Awards, sponsored by IMRO and the BAI, are now in their 19th year and celebrate the art and skill of radio production and programming.