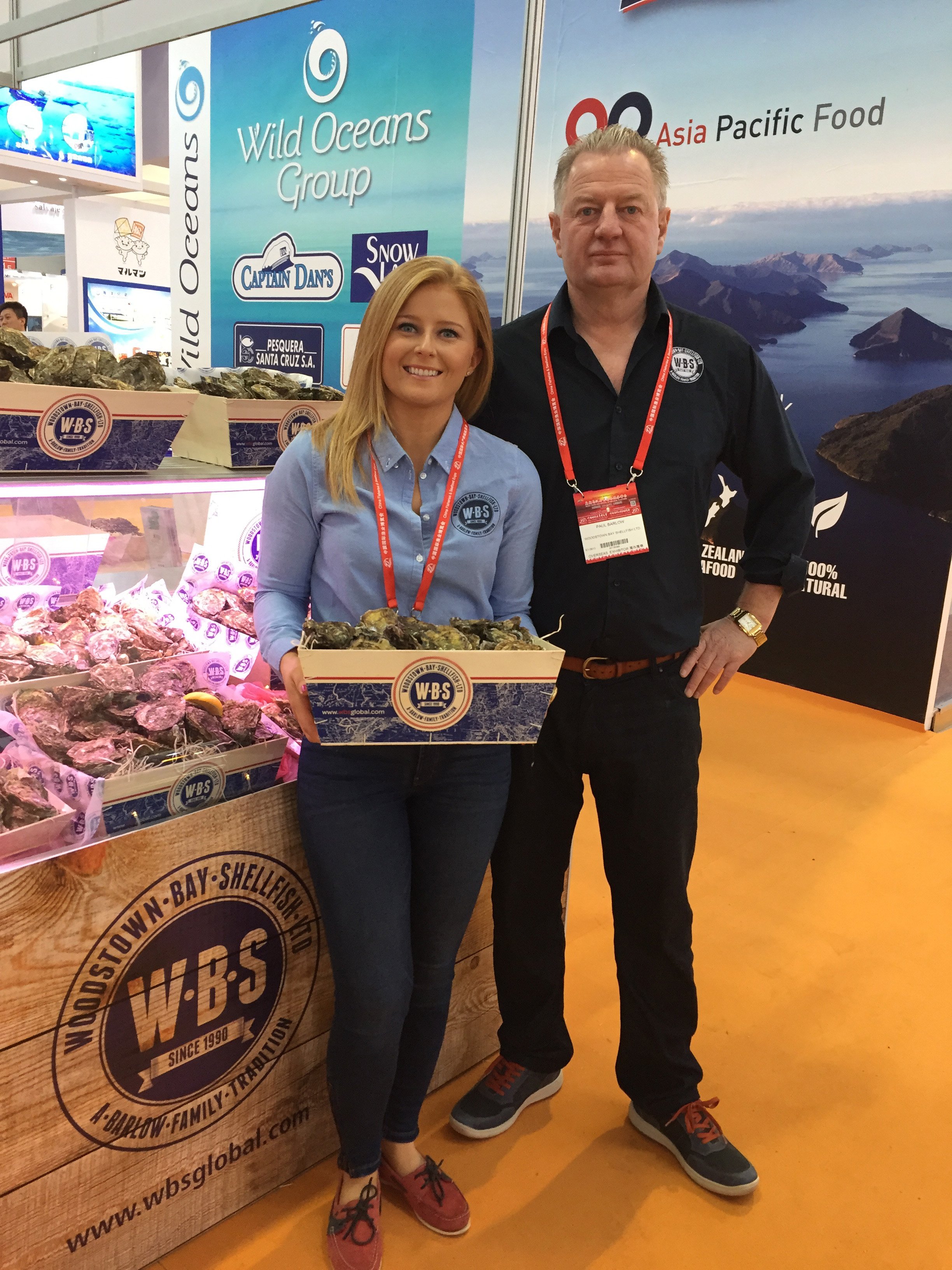 Dunmore East-based Paul and Naomi Barlow of Woodstown Bay Shellfish (WBS) travelled to the Chinese city of Qingdao, China where they took part in the China Fisheries & Seafood Expo 2016 which ran from November 2nd to 4th.
WBS grows its oysters in Woodstown Bay, a fully certified sustainable oyster farm with both Eco-Pact and Origin Green certifications.
The company sells oysters globally, with Europe providing a large market for Paul and Naomi.
But since entering the Asian market last year, the company has seen massive growth in this area, with China “a massive growing market for us” said Naomi, who is the second generation of her family to farm oysters in Woodstown.
“Our Asian clientele really appreciate our clean waters and are lining up to get their hands
on our creamy and sweet flavoured oysters.”
The WBS Oyster farm is one of the largest and most innovative oyster farms in Europe, and large investment been made into making the traditionally very labour intensive job more efficient.
This allows the Barlows to harvest and package their oysters for China in a very timely manner.
Naomi added: “Our oysters are in China within 24 hours of been packaged, sooner than they would have arrived with our clients in France and Italy.”
Woodstown Bay Shellfish Ltd is one of the largest employers in Dunmore Harbour, with further jobs to be announced due to their planned expansion in Asia in the New Year. 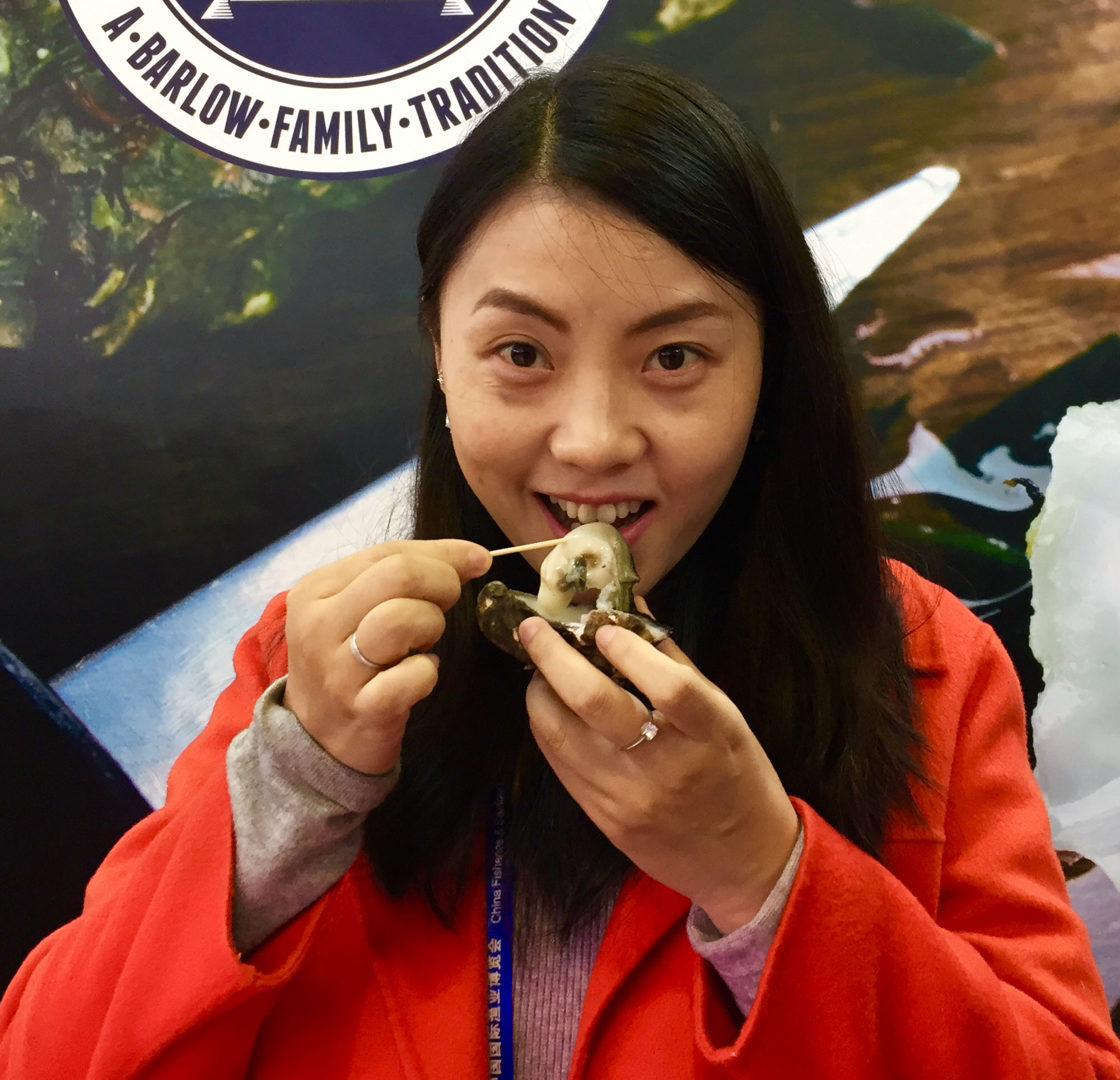 “China is a massive growing market for us,” said Naomi Barlow.