"You Know What You Did"

Fiona Ferguson Reports
A woman who claims she was repeatedly raped as a child by her older brother has told a jury the accused man “knows what he did” and she will leave court with a clear conscience.
The 47-year-old man, who cannot be named for legal reasons, has pleaded not guilty at the Central Criminal Court to 56 counts of rape and 15 counts of sexual assault in County Waterford on dates between December 1983 and June 1988.
The jury has heard that the abuse allegedly started when the complainant was four years old and continued until she was aged 10 or 12.
During cross-examination on the fifth day of the man’s trial on Friday last, the now 41-year-old woman, said she had been “terrified” of the accused up to a number of years ago, but no longer was. 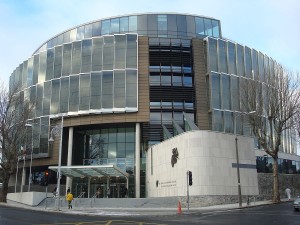 “Only two people know the truth, me and him.” she told defence barrister Colman Cody SC.
She said that whether he was found guilty or not, her brother “knows what he did”.
She agreed with Mr Cody that her evidence painted a picture of her brother as “some kind of sexual tyrant” who acted with impunity inside and outside of the home. “To me, he was,” she said.
Mr Cody asked her if she thought this contradicted evidence she gave in relation to her brother acting with planning and secrecy. “There may be a contradiction, but I can only tell you what happened,” she said.
Mr Cody suggested to her that these alleged offences never happened. “They did,” she replied.
He told her that her brother had denied the allegations when interviewed by Gardaí and had denied producing a gun accompanied by a threat to her that he would kill their mother.
Mr Cody put it to her there was a lot of resentment and a long history of antipathy between them.
She said the events she alleged did happen and she felt resentment because she was sexually abused and raped from when she was four years old.
“I know the truth, and your client knows the truth, and I am walking out of here with a clear conscience, Mr Cody,” she said.
The trial continues before Ms Justice Eileen Creedon and a jury of five women and six men.