Home » Opinion » Foley on File » A community full of surprises

A community full of surprises

Dungarvan’s ‘Surprise Surprise’ started as a small idea but has grown to become a much bigger movement which is making a real difference within the local community
A Dungarvan based group is attracting acclaim for its quest to spread positivity and kindness throughout the local area. ‘Surprise Surprise’ started as an idea to provide Christmas gifts to people living alone at Christmas. The brainchild of local woman Alma Shanahan Power, the original idea has now morphed into an award winning group which aims to spread its message of generosity and kindness throughout Waterford and beyond. 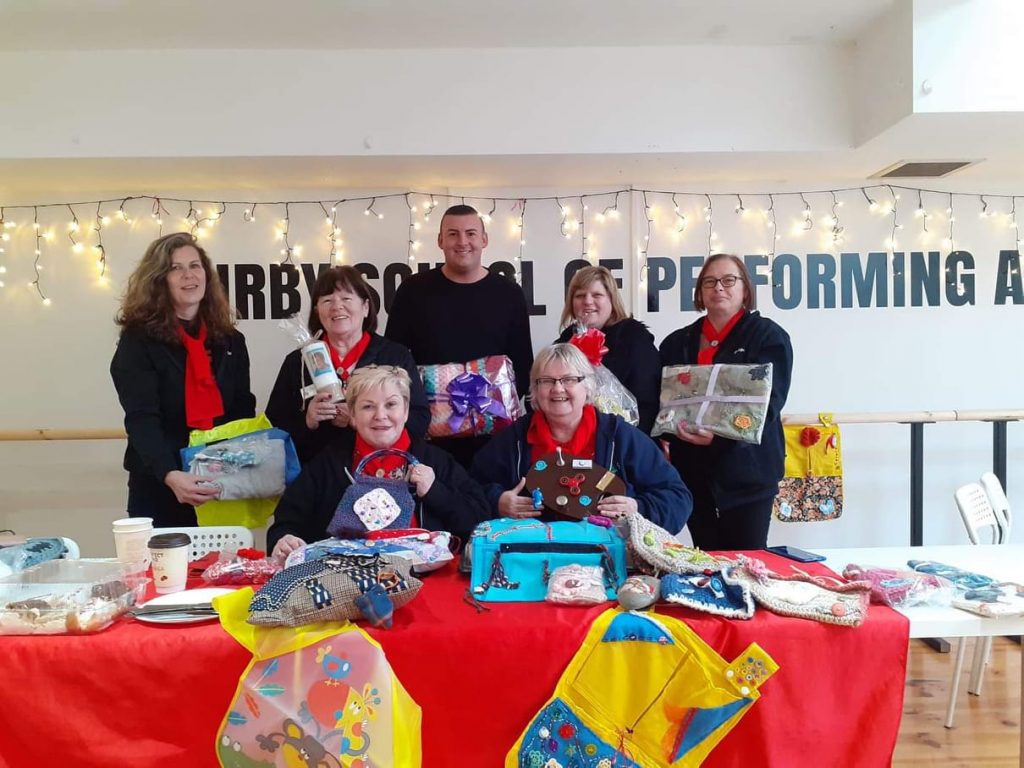 In September 2018, Alma had contacted some friends via social media with the aim of creating 50 hampers to provide as Christmas gifts to people living alone within the local community. She didn’t want the surprise getting out before the hampers had been delivered – hence the name ‘Surprise Surprise’. A team of volunteers immediately came on board and Alma saw her vision realised. All involved with the group were overwhelmed by the feedback which they received. “It was simply a gift to say someone is thinking of you at Christmas,” explained member Teresa Daly.
“One woman said it was the only present she got. Another man was delighted as he said the only person he sees is the postman. We were watching elderly people crying saying they hadn’t received a present for years,”However, many people, including those who had received a gift, were unsure of who ‘Surprise Surprise’ were. So, in an effort to raise their profile, the group went public in early 2019.
Busy festive season
Christmas 2019 was an even busier festive season for all involved with ‘Surprise Surprise’.
Once again, they distributed presents to people throughout the town and its environs and also embarked on special visits to Dungarvan Community Hospital and Dunabbey House.
“There was so much excitement – all because we were giving them a present,” explained Teresa. A card depicting a Dungarvan or Abbeyside scene was also included as part of each gift.
Poignantly, special candles were delivered to bereaved families in the area who had lost a loved one during the year. This thoughtful gesture generated a huge reaction.
“We got so much feedback afterwards from families who said the candle was lighting on their Christmas table,” explained Alma. “It was so emotional.”
‘Surprise Surprise’ volunteers have also been busy delivering food hampers, and recently sent hampers to The Helping Hand in Waterford which works with homeless people in the city.
‘Surprise Surprise’ isn’t just confined to Dungarvan town, as the group’s activities now also incorporate surrounding locations including Stradbally, Leamybrien, Old Parish, Ring, Villierstown, Aglish, Cappoquin and Mellerary.
Bags of dignity
Throughout the year, this enthusiastic bunch have also been busy working on a range of other projects including their ‘bags of dignity’, the idea for which formed when Alma accompanied her father to hospital. “There wasn’t any shop open where I could buy the basics,” she explained.Alma noted that many patients had left doctors surgeries by ambulance without having had a chance to pick up their belongings at home.
She was also concerned by what she described as “the lack of dignity” which many patients felt.
Not one to rest on her laurels, Alma and the team involved in ‘Surprise Surprise’ held a meeting and the idea for emergency hospital bags (now referred to as ‘bags of dignity’) came into being. Bags have been created for both adults and children, with each bag including toiletries, pyjamas and a towel. Once completed, the bags are given to the emergency and medical services to distribute when a patient has to be transferred to hospital. Recently, ‘Surprise Surprise’ won €500 in a Facebook competition which was run by Passage East Car Ferry. This enabled them to purchase more items for the emergency bags.
The members say they are always on the lookout for bargains and items that can be used in the bags. A conscious effort is made to purchase all items for the bags locally in order to keep money within Waterford.
Dementia & Autism
The caring ethos of this remarkable group can also be seen in how they have developed items specifically designed for vulnerable people, including people living with dementia and children with autism. Betty Tutty has put her skills to good use crocheting fidget cuffs (which are designed for dementia patients to wear on their wrist) as well as twiddle bags.
She says the items can have a very calming influence if patients are feeling agitated.
The members have also worked on creating dementia boards, all of which contain an array of different items. 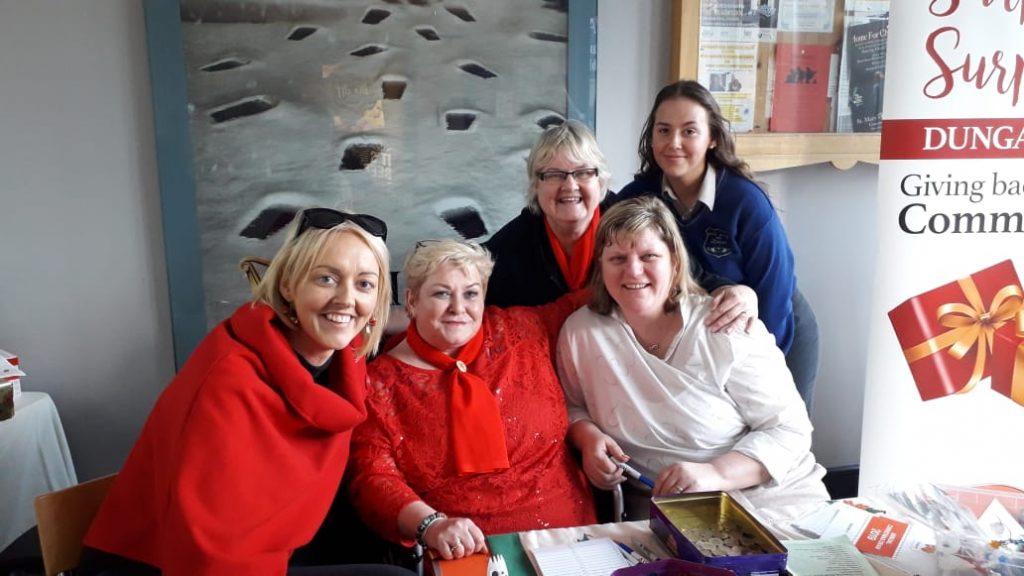 For example, a board might include items such as locks, keys and things that a man might have used during his working life. “If we’re making one for somebody, we ask for suggestions about what the person would like,” explained Betty. They have made similar customised boards for children with autism which are also created using bright colours and from materials which have been donated. Three large sensory boards are now being used in three different schools within the locality and three additional schools have requested such items.
The members hope to develop a sensory morning for children with sensory needs (including a slime party!) and will host this at Kirby School of Performing Arts, Mary Street with the generous support of Edgar Kirby who also provides use of the hall for the group’s meetings.
Edgar praised all involved with the group. “It’s a community of people giving back to the community,” he said.
He is keen to encourage the children who attend his classes to get involved and is delighted that so many young people from schools and different groups have lent their support to ‘Surprise Surprise’. “It’s important to inspire that generation so that we can reignite kindness and care within the community,” he says. ‘Butterfly Day’ was another very special event which was organised last year by ‘Surprise Surprise’. The butterfly is seen as a symbol of endurance, change, hope, and life and butterflies were specially grown for the day. The event was open to everyone to attend but a special emphasis was placed on the family members of people living with dementia, mothers who had lost children before or after birth, and people mourning a loved one. It proved to be hugely emotional day and was enjoyed by all in attendance.

Future plans
‘Surprise Surprise’ were recognised with the Social Inclusion Award at the 2019 Waterford Public Participation Network (PPN) Community & Voluntary Awards held at The Park Hotel, Dungarvan. “We certainly didn’t think we were going to win. It was a great honour for our first year,” said Alma. Recent promotion on RTÉ’s ‘Nationwide’ has brought the efforts of ‘Surprise Surprise’ to a much wider audience and they have received huge support since the programme aired.
There is a core group of about 20 people now associated with ‘Surprise Surprise’ but others come on board at various stages to help. “There are people we can count on if we need them to come in. Everyone has different talents that they put to good use,” says Alma. “If anyone approaches us with an idea, we do our best,” adds Teresa.“If we can fund it, we try to do it.”
Donations to the group are accepted at Jane Casey Florists in the town or can be given to any member of the committee. Alma says they would also love to expand further throughout Waterford. “The sky is the limit,” she says. All of the projects which are already established will be continuing, such as the provision of hampers, emergency bags, sensory items and items for dementia patients.
They would love a shed to use as a space for storage and packing and would appreciate any further help which people could provide to the group. Looking back, at what has been achieved Alma admits she didn’t expect ‘Surprise Surprise’ to grow so large. “It’s been so much fun,” she says. “I am very proud of the locality. Dungarvan has always been a great town. No matter what goes on, people row in behind it.” Having achieved so much already, ‘Surprise Surprise’ will undoubtedly continue to make a big difference to community life in Waterford.
For more information, find ‘Surprise Surprise Dungarvan’ on Facebook or email almashanahanpower@gmail.com